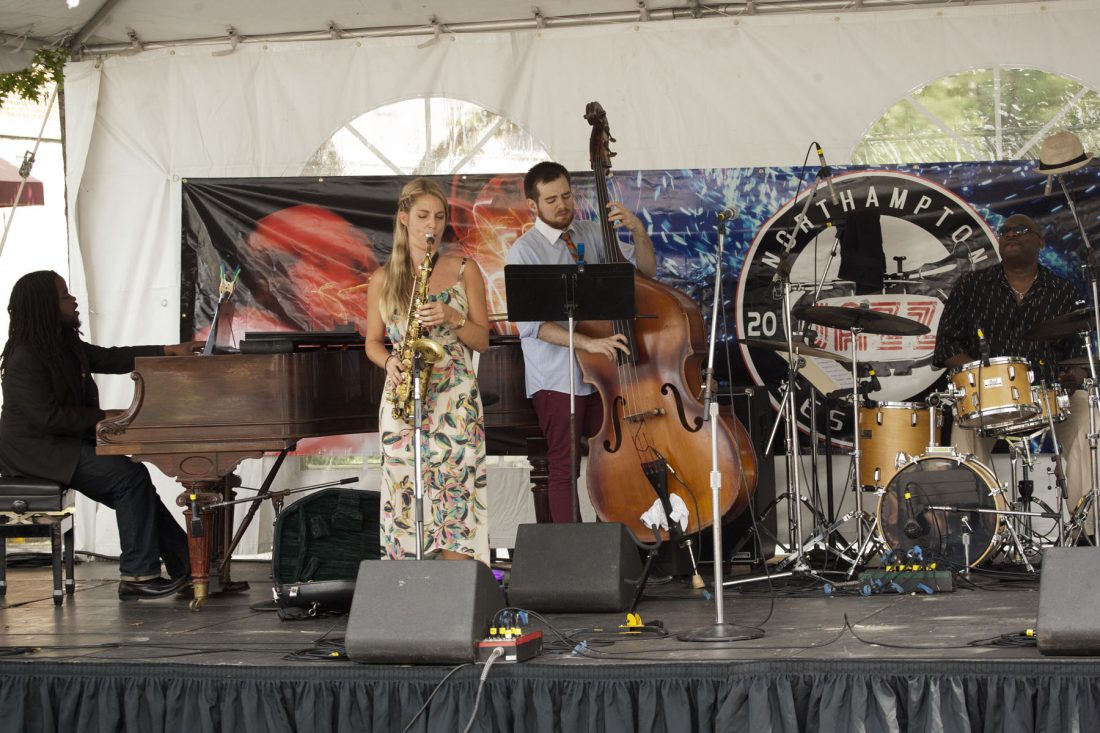 NORTHAMPTON—After a three-year hiatus for the Northampton Jazz Festival, an active group of area musicians and dedicated community members has revived the popular downtown music event by forming a board of directors to govern it. The festival secured 501(c)(3) nonprofit status in late 2014.

The eight-member board, led by president Ruth Griggs, of Northampton, is currently at work planning the 2018 Northampton Jazz Festival.

“We are thrilled to be able to carry forward our great American music tradition of live jazz right in downtown Northampton. In 2018, we will honor this mission in new and meaningful ways,” Griggs said. “We are renewing the fest with a rich line-up of jazz artists from across the globe and around the region.”

The Northampton Jazz Festival was founded in 2011 by a group that wished to stage an event that brought out the community as the former “Taste of Northampton” once did in the early 2000s.

The Northampton Jazz Festival was produced annually for five years in the Armory Street Parking Lot behind Thornes Marketplace until 2015, when a lack of financial support caused organizers to suspend operations. The festival was free, open to the public and drew upwards of 5,000 individuals from around New England.

Griggs said that the festival board is actively partnering with the Downtown Northampton Association (DNA), directed by Amy Cahillane, to help ensure the success of the event. “Amy’s involvement has been a major inspiration for us to bring live jazz music back to downtown Northampton,” Griggs said.

A collaboration with the Northampton public schools is also underway. “We want to work toward creating a program to bring more live jazz and encourage jazz exposure and musicianship in the Northampton public schools,” Griggs said. “We‘d like to reach more individuals who would like to learn to play a jazz instrument or sing but may not have the awareness or access to do so.”

In addition to Griggs, board members for the Northampton Jazz Festival are: treasurer, Alan Blankenship, of Chicopee; clerk, Jesse Adams, of Florence; and directors, Paul Arslanian, of Northampton; David Picchi, of Holyoke; Carolyn Smith, of Easthampton; George Kaye, of Hadley; and Kathy Service, of Northampton.

Paul Arslanian, who had an active role in the previous festival as creative director, said, “The Northampton Jazz Festival is needed to bring back live music to downtown Northampton, which has been in demand by residents and visitors alike. We are consciously staging performances at venues all around the city so people can patronize the restaurants and shops downtown in between shows.”

Arslanian said the festival will provide a meaningful and unique public performance opportunity for young and rising jazz performers in the area as well as bring the general public a positive and family-friendly experience.

This year’s festival will begin Friday, Oct. 19, with the traditional Jazz Strut through downtown, when the city’s restaurants, bars and pubs will host small jazz ensembles—resident artists from the Valley—all evening long.

Saturday’s music line up will involve some of Northampton’s oldest music venues, such as the Unitarian Society on Main Street.

“We’ll also be staging performances at some of Northampton’s newest venues, such as Click Workspace and the recently renovated Pulaski Park,” Griggs said. “The main stage concert will be held on Saturday night at the Academy of Music Theatre.”

Sunday, a swinging Jazz Brunch at The Hotel Northampton will be held as a fundraiser to advance the jazz musicianship program in the works for Northampton public schools.