Making a Leap into Grad School 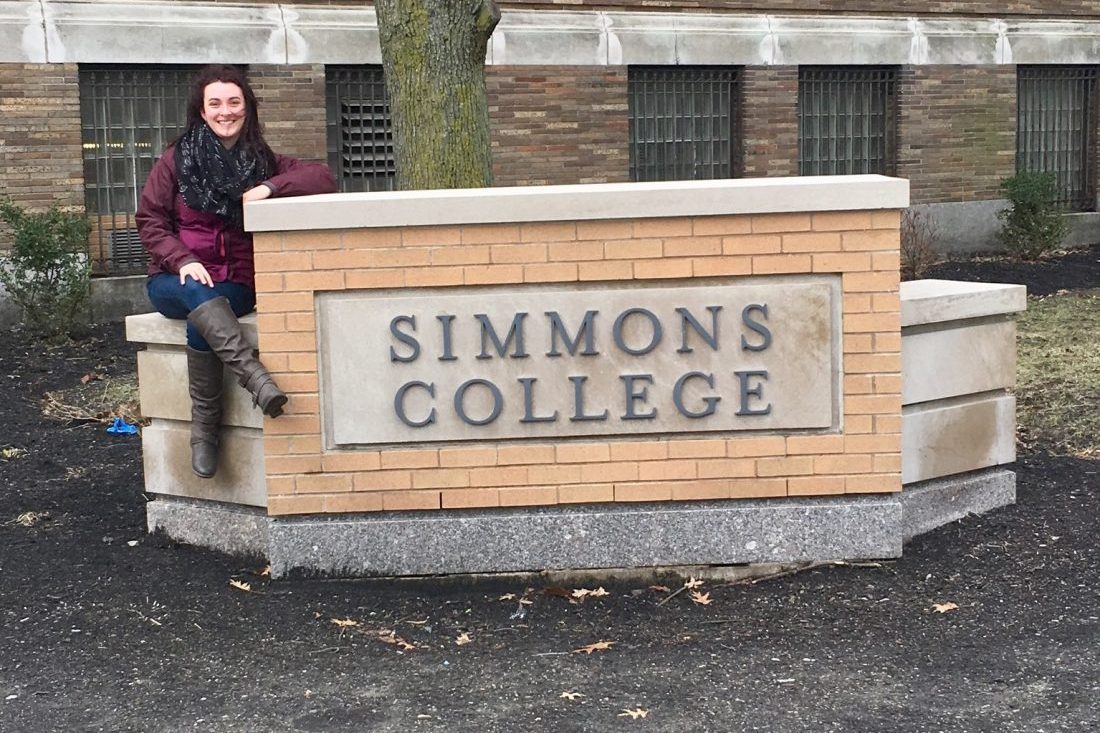 My relationships with interns very rarely end when a semester draws to a close.

Some continue to work with me on projects on a freelance basis. Others get in touch when they need a reference, a bit of advice on networking, or a bit of advice about life.

Vanessa Dion falls into this latter category. She reconnected with me via email about six months ago. What she needed was a recommendation, as she was about to make a life change—transitioning from a job managing payroll administration for a hotel to entering academia once again.

Vanessa was applying to graduate school and hoped I would write a letter of recommendation to accompany her application. I said I surely would. I had fond memories of Vanessa and remembered her as a hard worker, well-equipped for graduate studies.

Vanessa began interning at Beetle Press in the fall of 2011, when I was heavily involved in editing my book, Divine Renovations. I remembered well the thoughtful edits and editorial assistance that Vanessa brought to that project. It was Vanessa who penned the first draft of the book’s synopsis on the back cover.

I was happy to help her and am pleased that she was recently accepted to Simmons College, where she’ll begin to study library sciences in the fall. As we exchanged emails about her news, I asked Vanessa if I could write a blog about her experiences as an intern in honor of the 20th anniversary of Beetle Press.

Vanessa was certainly not the first intern I worked with, as I’ve been mentoring students, primarily from Westfield State University, since 2004. But she well represents the very typical, broad-scope experience interns have. Vanessa got to try her hand at everything from book editing to helping seniors tell their stories in a writing workshop.

Vanessa told Gabby that what she most appreciated about her internship with me was the work she did on Divine Renovations. She enjoyed seeing the writing process unfold and learned that all writers need fresh eyes on their work.

Learning how to interview sources was also a skill Vanessa remembers honing during her internship. As it is for many students, it was a difficult leap out of Vanessa’s comfort zone to call strangers and ask them questions. But practicing gave her the chance to widen her comfort zone, and now interviewing is well inside it.

While Vanessa was an intern with me, I was still leading writing classes at several nursing homes in the area, and Vanessa came with me on one occasion to observe. She tells Gabby that one of her fondest memories was serving as a scribe for one of the seniors in the group who was physically unable to get her thoughts down on paper. Vanessa helped to draw out the woman’s memories, creating a short story in the afternoon’s collaboration. Her compassion impressed me.

At a weekend-long convention of the Episcopal Diocese of Western Massachusetts, for which I wrote and edited a then-bi-monthly magazine, Vanessa got a taste of reporting on deadline. At the convention, which was attended by hundreds of lay leaders and clergy from the Diocese, Vanessa took photographs, took notes, and wrote several stories for the magazine. She had to hustle.

As they chatted, Vanessa told Gabby that she found it inspiring that I created a business and shaped it around my skills and experience. “She’s really good at what she does,” Vanessa said. “She’s a pretty fantastic person.”