Massachusetts Department of Conservation and Recreation Awards $9,460 Grant to the Friends of Northampton Trails and Greenways 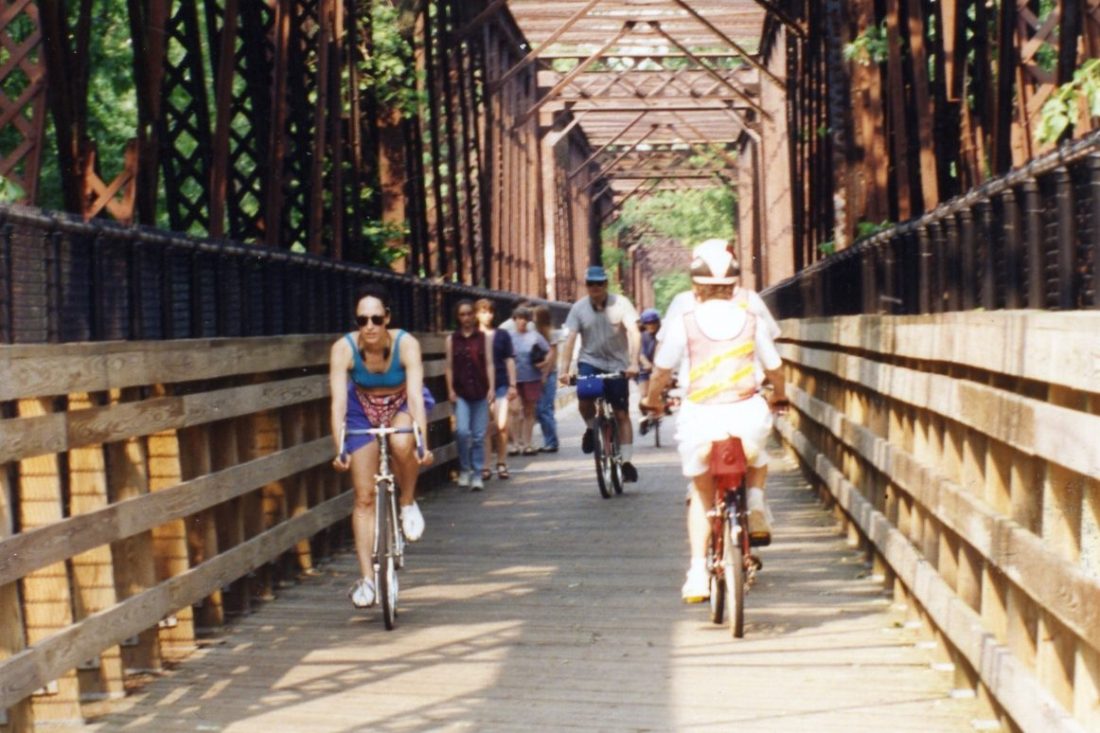 NORTHAMPTON—The Friends of Northampton Trails and Greenways has been awarded a $9,460 Recreational Trail Educational grant by the Massachusetts Department of Conservation and Recreation.

The funds—combined with gifts from Greenfield Savings Bank and the national engineering firm VHB—will be used to host a state-wide conference of community rail trail advocates and government policy-makers on Saturday, July 28 at Union Station.

The goal of the conference is to update participants on new developments and the various uncompleted sections of the rail trail that stretches from New Haven, Connecticut, to Northampton and across Massachusetts from Northampton to Boston.

As part of the event, eight local bicycle and walking tours of varying lengths, featuring a variety of rail-trail-related topics, will be offered Friday, July 27 and Saturday, July 28 at 2:30 p.m. The cost is $15 per tour.

Called the Golden Spike 2018 Conference, the Northampton gathering will mark the sixth in a series of Golden Spike conferences held over the past 16 years. This event will bring together participants from both Connecticut and Massachusetts at nearly the exact center point of the 190–mile corridor, Northampton’s Union Station.

The conference is open to the public and begins at 8 a.m. with registration, breakfast and networking. At 9:15 a.m., an update on the Massachusetts Central Rail Trail from Boston to Northampton will be offered, and there will be a plenary session at 12:30 p.m. The plenary costs $35 and includes lunch.

“This event is intended to build community among rail trail advocates and raise awareness of the missing segments of the trail corridor that still need to be completed,” said George Kohout, President of the Friends of Northampton Trails and Greenways, Inc.

To register for the conference or a tour, visit www.gs2018.org.