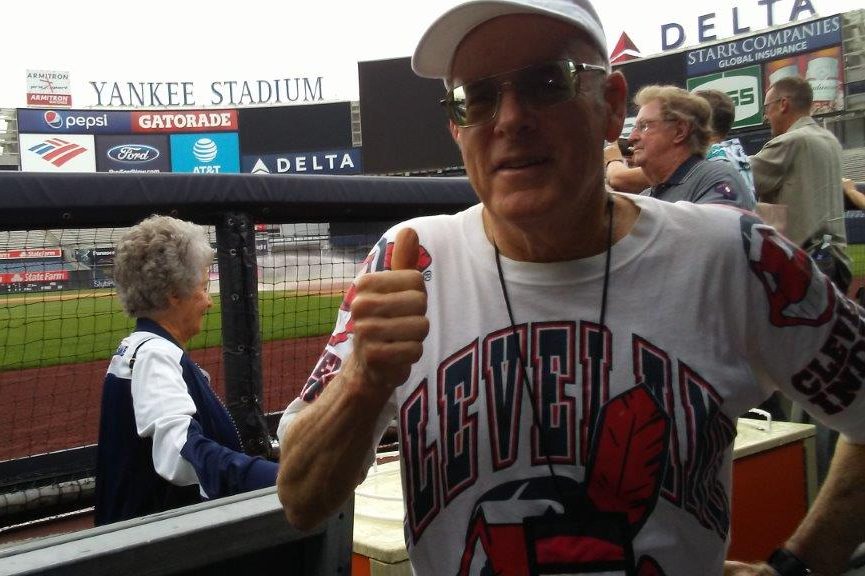 He was a boy who ran out to get the newspaper each morning in 1949, anxious to see how close Ralph Kiner was to beating Babe Ruth’s homerun record. Mathis lived only three miles from a minor league stadium and took advantage of every opportunity to watch games with his dad as a young boy and, later, with his friends. Mathis also played ball himself, participating in little league, American Legion ball, and on his high school team.

Mathis went on his first Sports Travel and Tours baseball trip in 1994 with his wife, Barbara, after reading an article about baseball tours in the Kansas City Star. Now a 79-year-old resident of Leavenworth, Kansas, Mathis has fond memories of his past four trips and eagerly looks forward to the next.

“It’s a no-hassle adventure,” Mathis said. “You stay in a first-class hotel. You get on a bus and go to games.”

Mathis remembers all his trips vividly. The first included stops in Pittsburgh, Cleveland, Detroit, and Toronto, ending with two games at the SkyDome, now known as the Rogers Centre. In 1997, the Mathises took a similar trip, featuring games in Detroit, Toronto, and Boston, with a visit to the home of baseball, Cooperstown, New York. The couple also saw a Montreal Expos game before the team moved to Washington, DC, in 2004.

Traveling on his own in 2000, Mathis saw games in Arizona, San Diego, Los Angeles, Oakland, and San Francisco. This year, Mathis got back in the Sports Travel and Tours game on the East Coast Classic trip guided by John Warner. It began in DC, a city with personal significance to Mathis. “At one time, I could say I’d been to every city that had a major league park,” he said. “But then Montreal moved to Washington, and I’d never been to Washington.”

Having checked the East Coast Classic off his Sports Travel and Tours’ bucket list, Mathis can now say, once again, he’s visited every city with a major league park. In fact, he’s been to 39 ballparks.

Though Mathis had been to many of the featured stadiums before he connected with Sports Travel and Tours, that didn’t make the East Coast Classic adventure less exciting for him. In Baltimore, he toured the locker rooms and press box at Camden Yards, saw the statue of Brooks Robinson, and toured the Babe Ruth Birthplace & Museum, a fan favorite for the travelers. And during the tour of Yankee Stadium, he had his photo taken in the dugout, visited the New York Yankees Museum, and viewed the monuments.

His favorite part of the trip was meeting retired major league umpire Al Clark, who offered a talk about his career and experiences. “He remembered a four-game minor league series in my hometown,” Mathis recalled. “Al felt sorry for the umpire behind the plate because a fan was cussing him out over every play he made. The next night, when Al was umpire, the same fan was there, and the same thing happened. After the second inning, Al walked over to the fan and said, ‘I understand you don’t like my calls.’ Then Al asked the fan about the woman with him, which was his wife. Al said, ‘She’s not as good looking as the woman you had with you last night.’”

That quieted the heckler down.

As is the case with all Sports Travel and Tours trips, Mathis made a fast friend on the East Coast Classic tour. He and another devoted baseball fan, Brian Goddard of Joliet, Illinois, have been corresponding since to plan the next adventure. “He’s talking about taking a Sports Travel and Tours trip to the West Coast, possibly next year,” Mathis said. “If everything works out, I’m eager to join him.”