Tavern On The Hill Revamps Menu 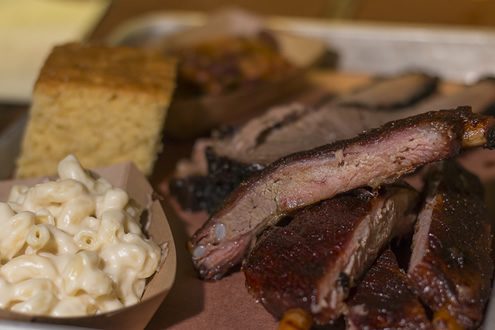 Each year in December, I try to connect in person with former interns who still offer me assistance that ranges from leading research projects for clients to drafting press releases. This year, I have two such colleagues: Shannon Grossman and Shelby Ashline.

Since Shannon lives up in the White Mountains, I have yet to gather with her, but not for a lack of trying! (She’s a busy young woman.) Sometime early in the new year, though, I had the chance to catch up over dinner with Shelby. We ate at Tavern On the Hill in Easthampton at Shelby’s request. She was aware I’d done a press release for the Tavern on its new menu, and she wanted to try it out!

I’ve eaten at the Tavern many times in the past few decades. More recently, it’s become a place where you can have a beer at the outdoor bar and watch the sun set. You can also sit inside and admire the same incredible view.

I was surprised, then, when Amy Guyutte, one of the owners, along with her husband, Larry, contacted me for a press release announcing that the two were changing up the menu and going through a rebrand. Amy said the idea was to shift from fine dining to a focus on barbeque fare and craft beer.

“We want to expand our market and get on the radar of a broader audience,” she said. “We don’t want to be viewed as a special-occasion venue.”

I see the Tavern as special. But Amy’s right; it’s special every day. You definitely don’t need to wait for a graduation or an engagement or a big birthday. Check it out any day! The food is incredible.

I had some favorites on the menu before the shift. Some, such as the lobster ravioli, have disappeared, but the Pan Seared Scallops remain as do the Crab Cakes that are an appetizer. I learned this in late fall, when I went to the restaurant with my dear friend and former colleague Judy Kelliher—at her request. She, too, had seen the press release.

I ordered a full rack of ribs with collard greens and mac and cheese. The amount of food was staggering; after gorging, I still had enough for a meal for Jacques and I! And those ribs were delicious, falling-off-the-bone tender.

So, when I went to the restaurant with Shelby, I got the same thing! But I ordered a half rack this time. Those ribs are totally delicious. They are so good that I haven’t ordered anything else on the new menu yet!

Larry Guyette oversees the kitchen at Tavern On The Hill. The new menu is pared down to make room for wood-fired meats in addition to ribs; check it out on a website designed by cdeVision of Holyoke, at www.tavernonline.com/. (cdeVision is a great partner in my work; they design websites!)

The new brisket entrée is treated Texas-style with only salt and pepper prior to smoking; the ribs and pulled pork are seasoned with a gluten-free, house-made dry rub. Tavern On The Hill serves all its smoked meats “naked,” meaning without sauce. Three different house sauces are served on the side so guests can add it to suit their taste.

Honestly, the ribs are so good, I haven’t once even tried the various sauces they served to accompany them!

Barbecue entrees all come with house-baked cornbread that is moist and sweet and a choice of four sides—mac and cheese, collards, cole slaw or pit beans.

Many old staples remain, such as the Mt. Tom Burger, Grilled Faroe Island Salmon, Chicken & Wild Mushroom Risotto, and Pumpkin & Butternut Squash Tortellacci. There are familiar appetizers as well, such as Deep Fried Brussels Sprouts, General Tso’s Calamari and a variety of salads.

Tavern On The Hill is open Monday through Thursday from 5 to 9 p.m., and Friday and Saturday from 5 to 10 p.m. It is closed on Sundays. If you go in winter, bundle up. It can be chilly inside, but the view and the cozy ambience are worth it!