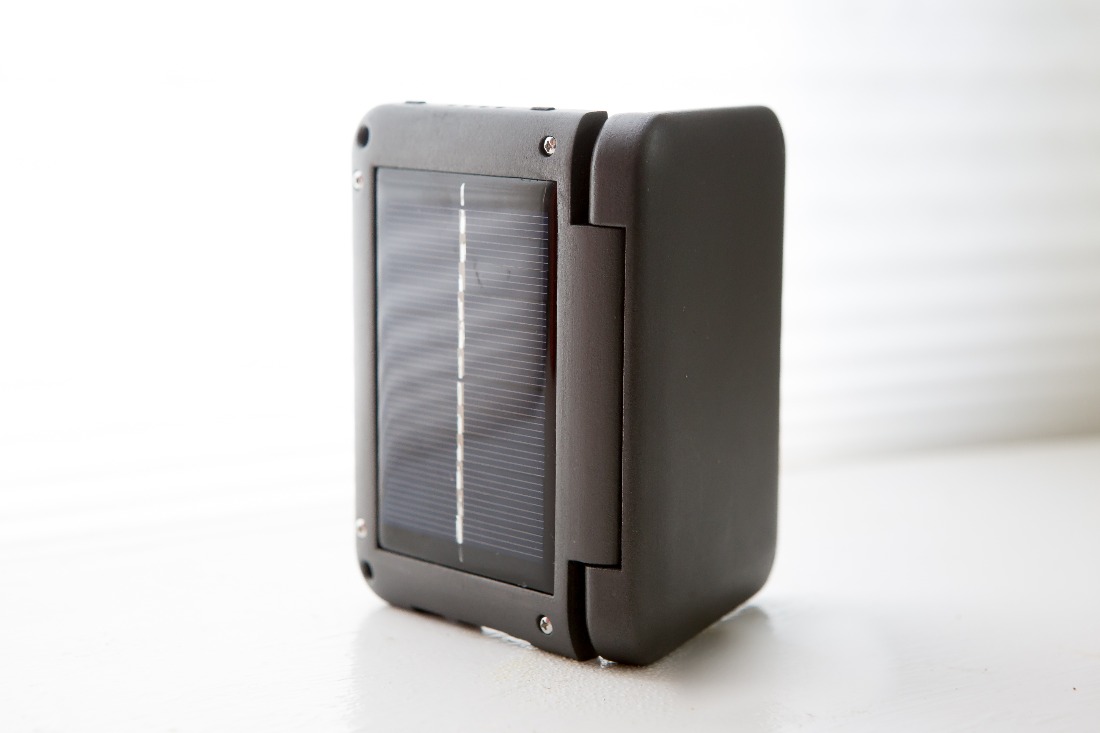 FLORENCE—Anne Griffin, founder and chief executive officer of Charge Ahead LCC, announced recently she will soon begin manufacturing her first product, the Solar Foldy®, designed to provide portable light and a charge fueled by solar energy to cell phones and tablets.

To raise money for the first production run of Solar Foldys, based on the prototype Griffin has developed, Charge Ahead will launch a $150,000 Kickstarter campaign on Sept. 10 at https://www.kickstarter.com/projects/1506448292/306559647?ref=510800&token=5c013113. Griffin hopes she will able to bring the product to market in the United States by the end of the year.

A Florence-based business founded in 2013, Charge Ahead has a mission to encourage people to integrate solar power into their daily lives. While working on her prototype, Griffin sought advice and direction from Valley Venture Mentors of Springfield, the Small Business Development Center of Springfield, and SCORE, a nonprofit organization offering small business advice.

Griffin holds a bachelor’s degree from Smith College in government and French studies.

She said the Solar Foldy is pocket-sized and offers a USB input for charging devices as well as four modes of light—bright light, super bright light that is two times stronger, a night light setting, and a flashing SOS mode. The Solar Foldy provides up to 200 hours of light on a single, eight to 12-hour solar charge. It can also be charged in an outlet, if necessary.

“We have an exciting opportunity to tap into the sun’s power and take the generation of renewable solar energy into our own hands,” Griffin said, noting that natural disasters in past years inspired her to create a product that would provide light, power cell phones and tablets, and could alert first responders with an SOS mode.

“I want to offer people an option to use solar power in an immediate, personal and affordable way,” she added.

In the future, Griffin hopes to introduce a companion product that will provide four modes of light only, with colored LED settings.

Supporters of the campaign will be offered the option to buy one Solar Foldy and send one to someone in need.