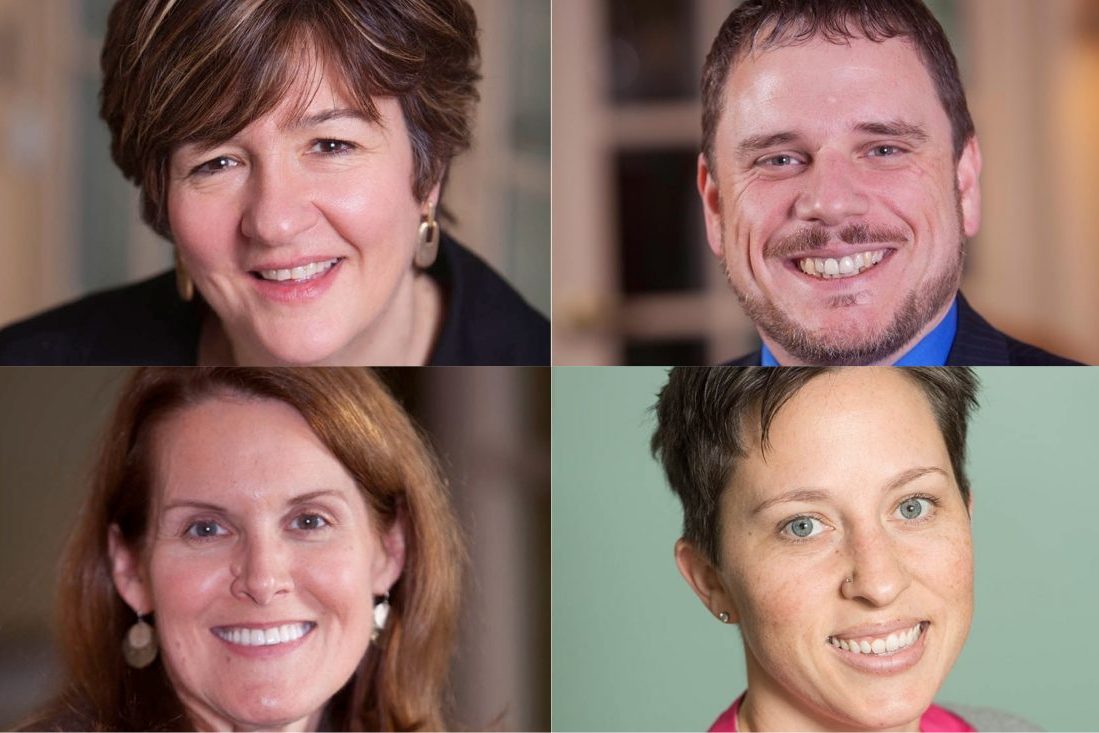 “This recognition of dedicated employees also reflects our mission to nurture the mind, body and spirit of those we serve and employ,” said President and CEO Anne Thomas. “I am confident this realignment of the leadership structure will strengthen our focus on wellness and optimal health for all.”

Thomas noted that Glenmeadow’s senior leadership team represents a combined 67 years of service and commitment to Glenmeadow. “Staff longevity throughout our organization is strong, and we remain deeply committed to providing a premier level of service and support to residents, clients, families, and for Lifestyle Pass members, who live in the region and access our services for a fee.”

Leaders who have been promoted to new posts are:

Emily Perkins formerly served as director of Glenmeadow at Home, which offers a wide range of services to Glenmeadow residents as well as those living in their own homes in Greater Springfield. Perkins has been named vice president of health and wellness. In this new role, she will oversee management of the Glenmeadow Assisted Living Program, Social Services and Life Enrichment. Perkins began her career at Glenmeadow in 2006 as director of Resident Programs. She left for a brief period to complete her master’s degree in health care administration, with a concentration in gerontology, and then served as the director of the Longmeadow Adult Center, returning in 2014 to head up Glenmeadow at Home. She also holds dual undergraduate degrees in human services and psychology.

Linda Edwards, director of marketing, has been named vice president of marketing and strategic initiatives. In addition to marketing and sales oversight, Edwards has responsibility for brand development and public relations. Until a new candidate is found to lead Glenmeadow at Home, Edwards will also serve as interim director. She holds a bachelor’s degree in journalism and English and is currently enrolled in a master’s program. Edwards has been part of the management team since 2003.

David Leslie, controller, has been named vice president of finance. In addition to financial management, he oversees information technology, housekeeping and plant operations. Leslie holds a bachelor’s degree in accounting and a master of business administration in health care. Leslie has been part of Glenmeadow’s management team since 1996.

Anne Miller, assistant administrator, has been named vice president of operations. She oversees human resources, dining services and the concierge. Miller holds a bachelor’s degree in psychology. She has been part of Glenmeadow’s management team since 2001.

Thomas said a commitment to high-quality clinical services is critical at Glenmeadow.

In the past six months, she said, Glenmeadow has bolstered its clinical team and services by: including a primary care physician and physician’s assistant, who make weekly in-house visits to residents; expanding the CareShare program, which offers support to residents in 15-minute increments; and offering on-site rehabilitation services, including physical, occupational and speech therapy.

“Our strong foundation, core values and commitment to excellence will continue,” Thomas said.