A Look Back at Year One 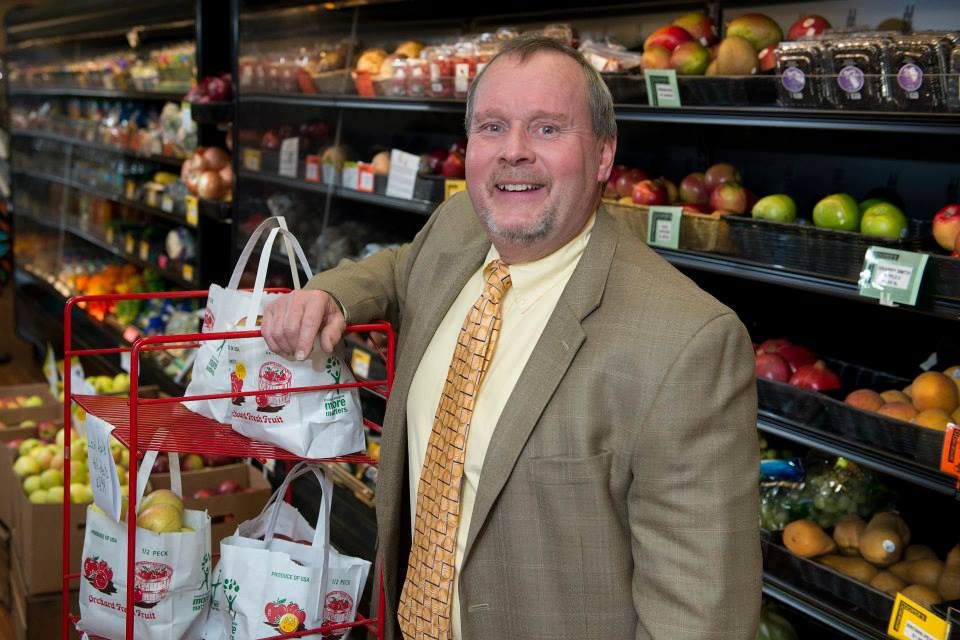 In honor of the 20th anniversary of Beetle Press, I’ll write a few flash-back blogs this year. This one takes us back to May 1998, my first month in business. It was about that time that Rich Cooper came to me for marketing help.

Rich owns State Street Fruit Store, Deli, Wines and Spirits in Northampton, and Cooper’s Corner in Florence; Cooper’s was so close to the house I owned back in the 1990s that it was my go-to market. I never quite made it to the grocery store.

Rich was also a friend and neighbor. We spent many mornings waiting with our children for the school bus to arrive and take them to Leeds Elementary.

Back then, State Street had been around for over 70 years, but Rich was interested in adding an extra layer of promotion by launching a printed newsletter he could mail to customers. So, he gave me a call and asked me to design this new communication tool and write the monthly content.

“I’d heard from someone that Janice was a good writer and had a good reputation for doing business and promotional writing,” Rich told my intern, Gabby Freel, in the first interview she’d ever conducted.

State Street was becoming the premier location for wine connoisseurs, and Rich wanted the newsletter to trumpet that fact. It offered information on fine wines as well as on foods available at State Street with which to pair them.

Some of the process for creating a newsletter was the same then.

Rich would give me information about wines he wanted to feature each month and connect me to staff members I could interview. “They would just kind of ramble on about wines, and Janice would ‘un-geek’ it, putting it into terms that a lay-person would understand.

“She was very easy to work with,” Rich said.

After I wrote the content, and Rich approved it, I’d design the piece, which was printed and mailed and also kept at the State Street counter for customers to pick up as they checked out. And therein lies the difference between then and now.

I still write—and sometimes design—many newsletters for clients, but nothing is ever printed. Showing a client a first or revised draft doesn’t require a time-consuming trip to the print shop and then to the client’s location. Instead, I email a PDF.

When the newsletter has been approved, it goes out to the client’s database via email. The client doesn’t have the cost of printing and mailing. (And I don’t have to pick up and fold all the printed versions!)

As you may well know, State Street has become the place to go for fine wines in the Valley, and, wisely, Rich continues to promote it in various ways. He now oversees his own electronic newsletter.

“We’re doing a monthly wine special that we send out through social media and through Constant Contact to an email marketing list, and we’re doing it in-house and in conjunction with some of our suppliers. So, we’re writing it all ourselves but using the suppliers for background information on any of the wines or the beers or the liquors that we’re featuring.”

Find State Street on Facebook to read about wines and specialty foods.

I’m proud of clients like Rich who know the value of marketing and work, on their own, to produce a newsletter. It’s a fine tool for raising awareness and positioning a business as an industry leader.

Rich gave me some kudos via Gabby as well. He said, “Congratulations to Janice for 20 years. She’s obviously doing something right to survive and grow in this time.”

State Street has been around since the 1920s, so, right back at you Rich!