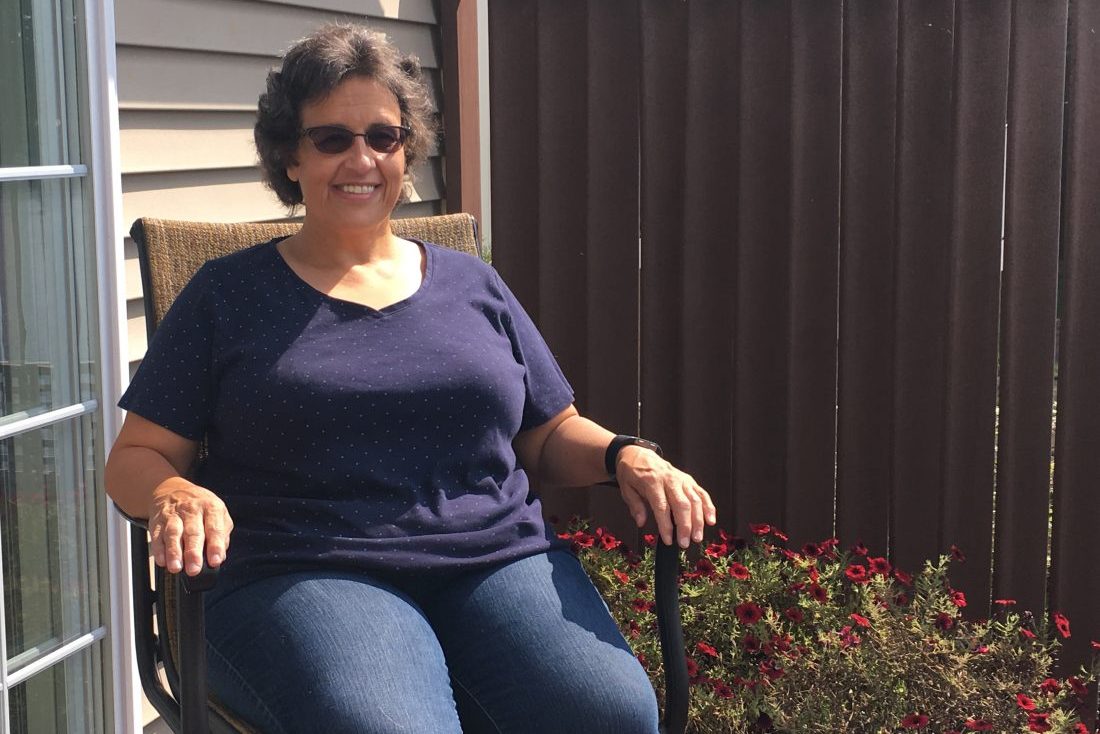 GILFORD—In 1993, Lisa Cornish was supporting a family of four. She worked a steady job but felt the pinch of need.

Cornish earned too much money then to qualify for welfare—but not enough to make ends meet. It was particularly difficult to afford winter clothing and Christmas presents for her 16-month-old daughter Anna and her 7-year-old stepson Mark.

She reached to St. Vincent De Paul for winter jackets and boots for each of the children and received the clothing as well as a box of toys they could open on the holiday.

“I was very thankful that my kids were warm,” Cornish remembered, noting she very much appreciated having one door open for her. “It’s hard, and it’s embarrassing when you ask for help and get turned down,” she said.

In 1994, Cornish reached out again for help, receiving clothing from St. Vincent De Paul and holiday gifts from the Salvation Army. Two years later, after breaking away from an abusive relationship, Cornish needed help one final time.

“That’s when St. Vincent De Paul helped me to rent an apartment and gave me a month’s worth of food,” she said. “That’s all I needed to set me up. In a little over a year and a half, I was back on my feet and had purchased my own house.

“I was humbled by so many strangers who helped,” she added. “I was very proud, but it’s amazing what your children can do to change that.”

The much-needed assist from the community isn’t something Cornish forgot. She began almost immediately to volunteer for these organizations, with Anna by her side, and she continues to serve on several nonprofit boards.

For over a decade, Cornish has been a fixture at the Greater Lakes Region Children’s Auction and recently joined its board of directors. She continues to do whatever is needed to help, making it a point to bring a steady flow of items for the auction.

For the last three years, Cornish has also served on a team for Pub Mania, and she’s a regular volunteer for the Pub Mania Shuffle. “You always want to pay it forward,” Cornish said. “There is always going to be someone in need.”

Pub Mania is a 24-hour barstool challenge imagined by Patrick’s Co-owner Allan Beetle nine years ago while participating in Laconia Athletic & Swim Club’s Cycle Mania.  Funds are passed directly to the Lakes Region Children’s Auction, which offers grants to local nonprofits that help meet children’s basic needs—nonprofits such as those that supported Cornish.

Fundraising by Patrick’s Pub Mania’s 33 teams is ongoing all year, bolstered by the Shuffle, a two-mile walk that’s held on Wednesday evenings in the spring and fall. Thus far, Pub Mania has raised over $1.6 million for the Children’s Auction.

Cornish has taken on the role of captain for The Real Downtown Santas team, working to support the cause during the annual Pub Mania challenge, held this year on December 6 and 7.

Anna is also captain of her own team, Crossfit Juggernaut.

Each Pub Mania team fields 24 participants, one for each hour of this round-the-clock event. Cornish said both she and Anna are competitive, striving to raise the most funds as a Pub Mania team and to also collect the most Pub Mania points, which are awarded for such things as bringing the greatest number of food donations for the local food pantry.

“My team won the Feeding Families Award last year,” Cornish said with pride, noting that Anna “gets her team all riled up about giving back to the community.”

“The need is growing tremendously,” she said. “In Laconia, between 63 and 70 percent of children are eligible for free and reduced lunches. The opioid crisis has hit the city hard, too. There’s a lot of parents with addictions whose children are being raised by their grandparents.

“This community amazes me every year,” Cornish said of residents’ willingness to donate to the cause. “I get chills down my spine thinking of the money we’ve raised. I feel very privileged and humbled to be a part of it, after all the years I received help.”