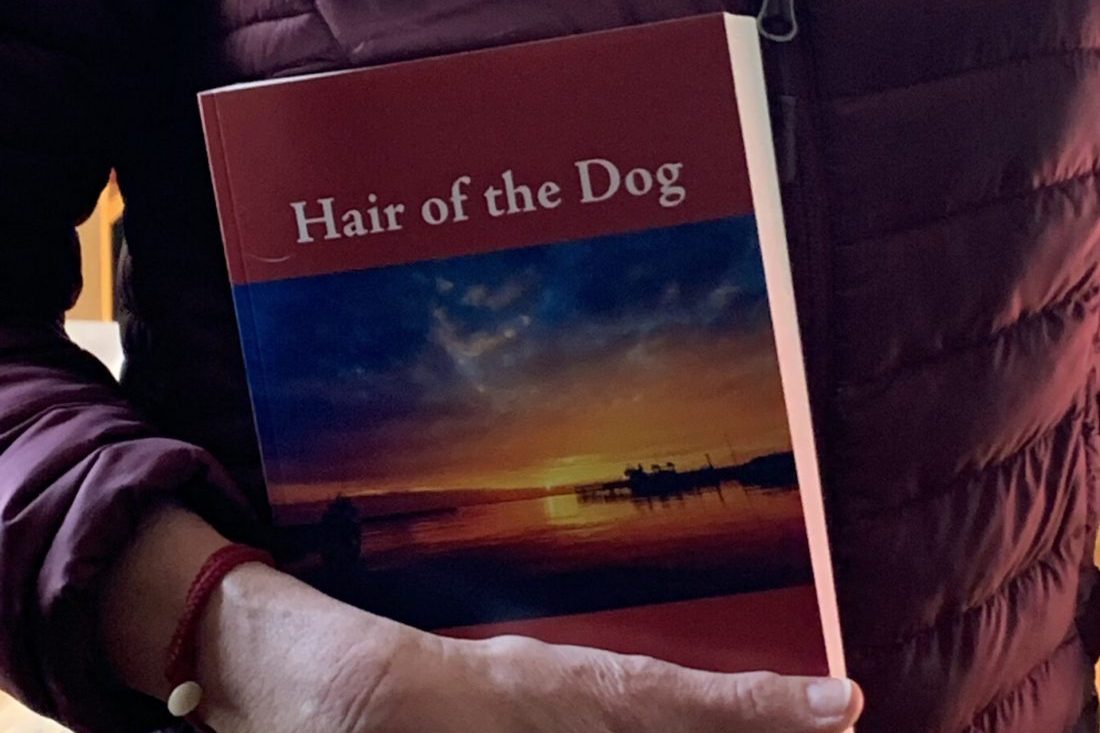 I have been having trouble finding time to write blogs once a week because Janice Beetle Books has exploded! I am currently working on eight different manuscripts for clients—in addition to my PR work with clients of Beetle Press. The work is fascinating and incredibly rewarding, and that is an adventure of a different kind, is it not?

Before Christmas last December, I worked on a project for a woman in Western Mass whose adult daughter died in 2016, leaving behind an over-300-page manuscript she had completed, but it was unedited and unpublished.

My client wanted to finalize her daughter’s work and present the gift of a printed, bound book to her two other children, and her late daughter’s children, for Christmas. So, I hustled to make that happen, as did Levellers Press in Amherst, which designed and published the fictional tale through its self-publishing division, Off the Common Books.

My client told me her two grandsons were overwhelmed with the present—a solid piece of work that offered them peace of mind and pride. One held the book to his chest; the other wept. They both said it was the greatest gift they had ever received.

And that makes me weepy.

What follows is the foreword I was honored to write for the book. I have changed the author’s name and have not used the name of my client, her mother, to protect their privacy. This book is not for sale on the market. At this time, it is a family treasure only.

When I work with an author to copy edit a book, there is a good deal of back and forth. I ask questions, poke holes in ideas, and question material that doesn’t make sense to me. The process is rewarding. I value the dialogue and the chance to get inside another writer’s head.

Sadly, I was not able to have literary conversations with the late Mary Writer, the author of this book. I tried my best to channel Mary instead as I copy edited her manuscript, though. I would talk with her as I worked: “This is what you meant, Mary, right?” My main guiding principle was like that of a physician’s—do no harm.

As I worked, I edited for grammar and style only, adhering to the Chicago Manual of Style. When I caught discrepancies, I fixed them with the lightest touch possible. After my first read-through of the entire work, I let Mary’s mother know that page 327 of the manuscript was missing and that the book—a murder mystery—ended abruptly, mid-sentence in chapter 106.

Mary’s mother and I were disappointed about this fact. She assured me the missing pages were not at her house. While Mary’s mother did not actively search for another version of the manuscript, about a week later, she emailed me to say that she had come upon a plastic tote in her home; a second, intact copy of the manuscript was within. It was meant to be. I scrambled to transcribe and edit page 327 and the remaining chapters. How satisfying to know the ending that Mary had imagined!

The book is set in Madison, New Hampshire, in the northern part of the state, near Silver Lake. I think the story takes place roughly between 1996 and 2007; those were the years during which Motorola’s StarTAC flip phone was manufactured. One of the book’s characters owns a StarTAC.

One important yet subtle subtext of the book is education. At least a half dozen of the major characters wrestle with alcoholism; those who are in recovery educate about what the disease is, and what it is not.

I am grateful to Mary’s mother for allowing me the honor of working on her daughter’s manuscript and shepherding it through the design and print process. Mary was a very skilled writer. Her characters are well-drawn and engaging, and the storyline is gripping.

I know from correspondence I unearthed in the plastic tote Mary’s mother brought me that book agents and editors agreed with me. Back in 2002, Mary had worked diligently to find an agent or publisher to bring her book to life. I am so pleased that Mary’s mother and I have been able to do just that, and I hope this story brings pride and pleasure to Mary’s family.