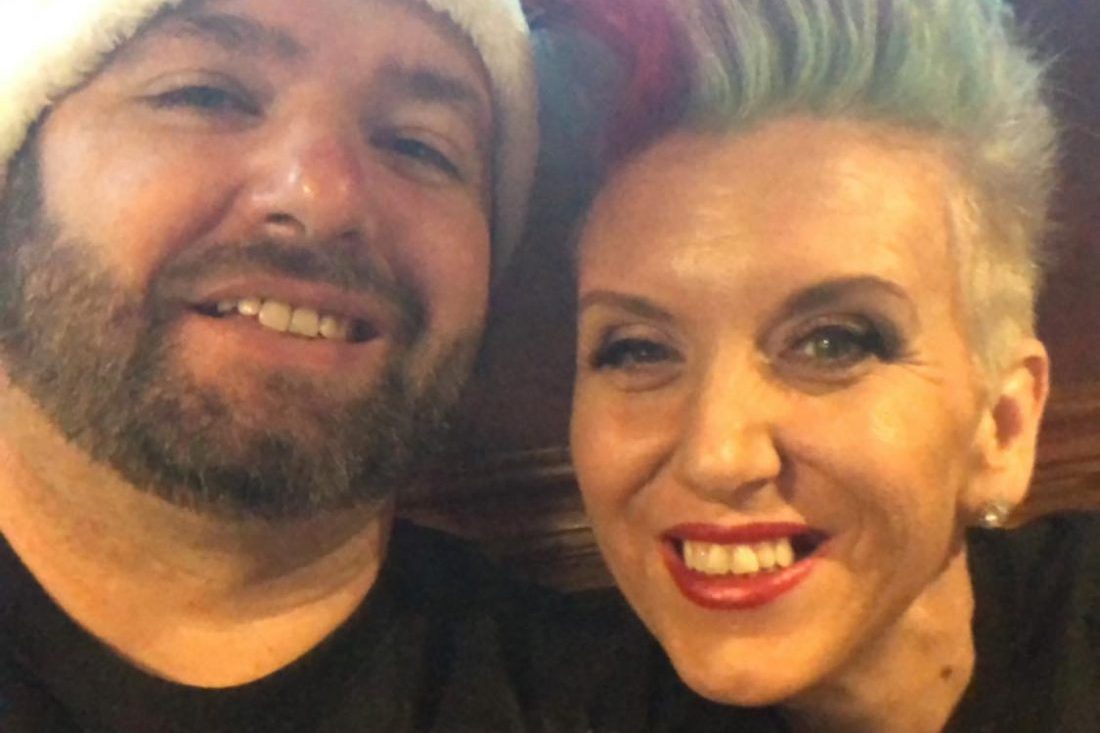 GILFORD—Christmastime wasn’t easy for Jennifer and Richard Fielders, back when they were each single parents, raising seven children between them. Staying on top of their regular monthly bills was tough. Buying winter gear and Christmas gifts was a huge stretch.

Jennifer Fielders says she and her husband appreciated the help they received from the Greater Lakes Region Children’s Auction. That’s why they give back to the auction today, taking part in Patrick’s mega-fundraiser, Pub Mania, and also coming out every week without fail in the spring and fall for the Pub Mania Shuffle.

“We both got assistance when our kids were younger, so it’s huge for us to give back,” Fielders said. “We involve our kids and let them know a lot of their Christmases came from the Children’s Auction. It means a lot to our family to participate in the Pub Mania Shuffle.”

The Shuffle is a two-mile walk/run held for eight weeks in the spring and fall; the funds raised through it feed into the annual Pub Mania tally. Last year, the Children’s Auction raised $580,584, with $353,361 coming from Pub Mania—and nearly $20,000 from the Shuffle.

When the springtime Shuffle starts up again on Wednesday, April 17 at 6 p.m., you can bet Fielders, her family, her friends, and her staff at Jennifer’s Color Bar in Gilford will all be there.

“I always encourage people to come out,” she said. “People have a great time. You can’t beat it.”

Everyone does the Shuffle differently. Some make the $10 required donation and walk the two-plus-mile course that begins at Patrick’s, heads to the Bank of New Hampshire Pavilion, and winds back. Others run. Some ride their bicycles.

Some Shufflers don’t Shuffle at all. They simply take their raffle and complimentary drink tickets into Patrick’s to have a beverage.

“Everyone loves the Shuffle,” said Patrick’s Co-owner Allan Beetle. “People catch up, socialize, get in some exercise and maybe a bite to eat— and it’s all ‘for the kids’ as we like to say.”

Patrick’s covers the cost of the free drink per Shuffler and also organizes the logistics of the events. “What they do for the community, you can’t say enough about it,” Fielders said. “It’s amazing.”

The raffle—held after the walk has ended for the last Shufflers—is a big weekly draw. Prizes include Patrick’s Frisbees or sweatshirts and other Pub Mania memorabilia. Through Sunday May 5, Shufflers and Patrick’s customers can also enjoy the warmth at Patrick’s Beach Bar.

Fielders is team captain for the Pub Mania team Color Me Christmas, entering its third year. The Shuffle serves as one of many ways the 24-member team helps raise money. Shuffling to the tune of $2,500 worth last year; the team raised just over $9,000 in total.

Other fundraisers include sales of Yankee Candles, a cornhole tournament planned for May this year, ornament sales at Christmastime, and a lottery ticket raffle.

Walking the Shuffle route and catching up over dinner is a tradition for Fielders and the friends, family, and staff on her team. “We have a core group that comes every time, and they try to bring friends, whoever we can round up from week to week,” she said.

Her 6-year-old granddaughter is always part of the fun, as are the Fielders’ children, now between the ages of 17 and 26. “The Shuffle is an easy way to raise money for the team and a fun way to get together while exercising,” Jennifer Fielders said.

For more information on Patrick’s Pub, call 293-0841 or visit www.patrickspub.com.