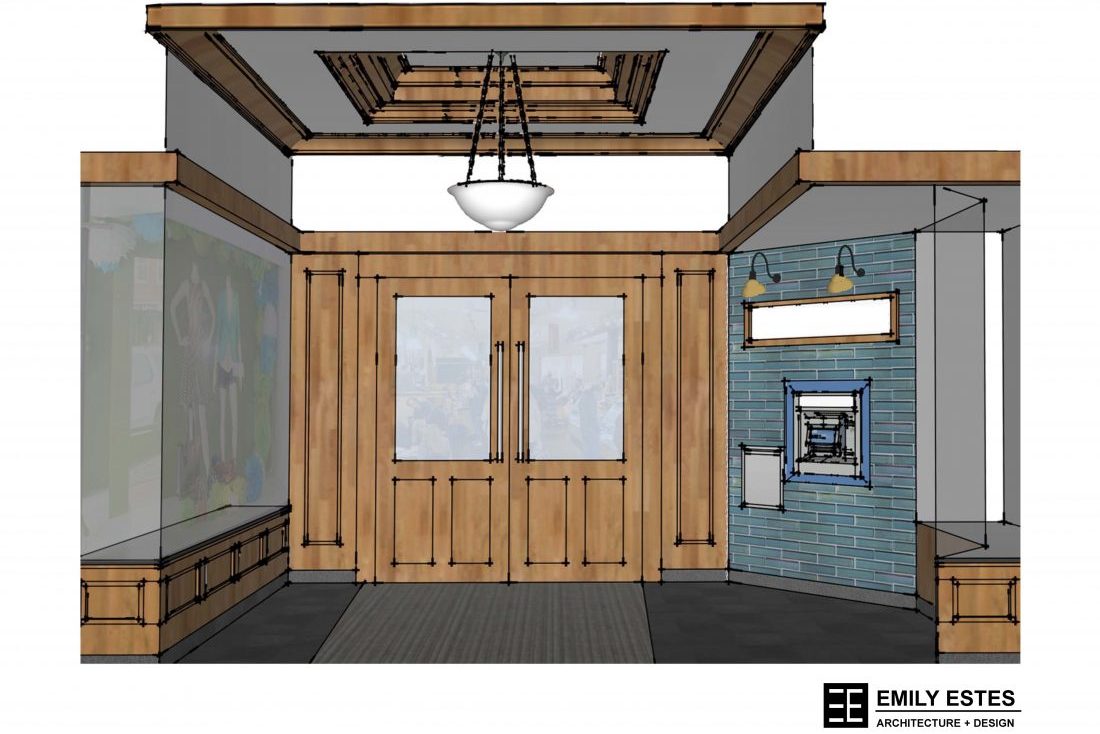 Project will not disrupt business as usual; shops will be open and accessible during normal business hours

NORTHAMPTON—Thornes Marketplace will begin a major renovation of its front entrance on Main Street the first week in April to make practical improvements as well as aesthetic ones that are historically accurate.

Richard M. Madowitz, Thornes owner and property manager, stressed that work on the entryway—one of the last phases of a multi-year capital improvement project—will be conducted from 9:30 p.m. to 7:30 a.m. The front entrance will remain open daily during regular business hours.

“We plan to provide signage, wayfinding and other helpful measures to minimize disruption, and we apologize for any inconvenience this may cause our visitors as we know that Thornes is an integral part of downtown Northampton,” Madowitz said. He said after the project gets underway, visitors with questions or concerns can send feedback to info@thornesmarketplace.com.

Photographs will be available on Thornes’ Facebook page, and news and updates will appear on the website at thornesmarketplace.com.

Over the past 10 years, Thornes Marketplace has undertaken a series of major renovations to improve and enhance the eclectic and historically relevant shopping center.

“This main entrance renovation caps it off,” said Jon McGee, Thornes facilities manager, noting some of the work in recent years was aimed at improving accessibility.

Thornes’ leaders have partnered with Keiter Builders, Inc. and Emily Estes of Estes Architecture and Design for the renovations to the entranceway.

McGee said the practical goal of the project is to improve accessibility and make the entrance more user-friendly by replacing the 30-year-old wooden doors with wider doors equipped with modern power operators compliant with the Americans with Disabilities Act.

“It’s really going to be stunning,” said Jody Doele, marketing manager for Thornes. “We encourage visitors to stop by as the work progresses. It’s going to be an interesting project, and we will work to ensure it causes minimal disruption.”

Thornes Marketplace has been the cornerstone of downtown Northampton and at the center of the Main Street shopping district for more than a century. Built in 1873, it holds 55,000 square feet of space for merchants and includes features such as pressed tin ceilings, hardwood floors and stained-glass windows.

Recent renovations, completed without harm to the historic highlights, have included the remodeling of several bathrooms, which are now fully handicapped accessible; the addition of oak handrails along the walls of the grand staircases. And, in partnership with Herrell’s Ice Cream, Thornes replaced a staircase with a ramp, making the ice cream parlor accessible from within Thornes for the first time in its nearly 40-year history.

In the summer, McGee said he will begin a new project to restore original stained-glass window panels in the side staircase behind Share coffee shop. As part of that work, a local artisan will fabricate some new panels for the window treatment.