A Book About Healing That Broke My Heart 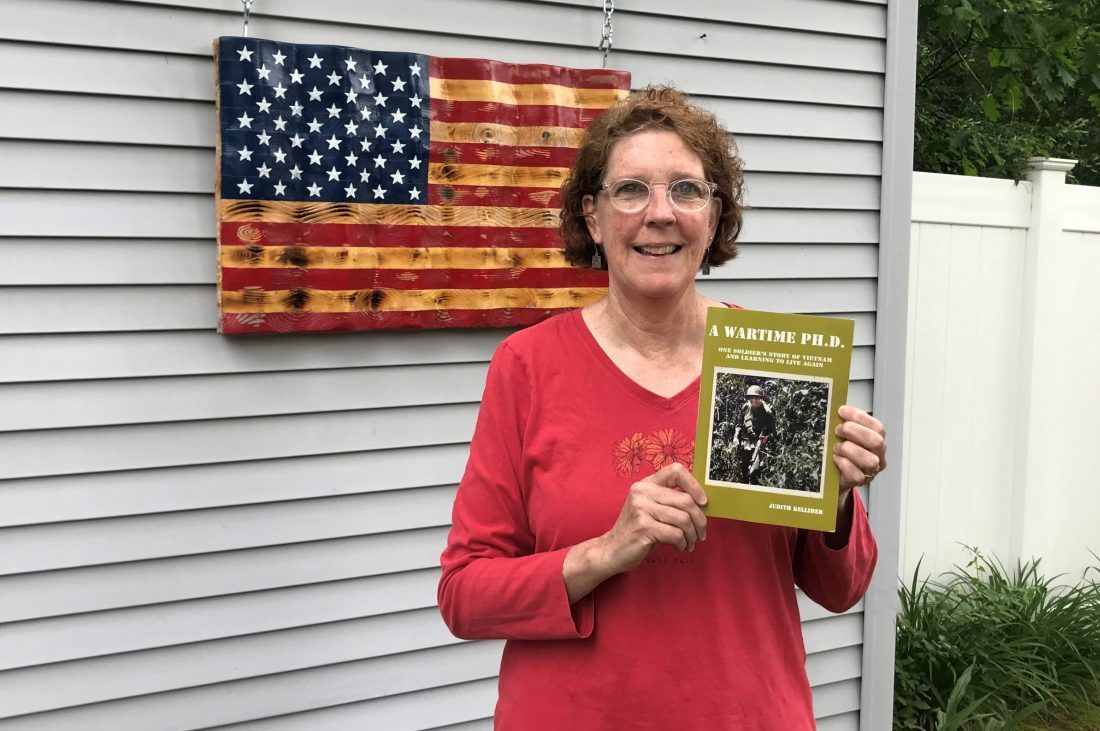 I’ve known Bobby Kelliher for over three decades. He is one of my favorite people.

Bobby is the kind of person who does not specialize in one-word answers. A story about a thing that happened to him might take twenty minutes, but it is sure to make you bust a gut laughing. Because Bobby speaks his own language. A computer, or a cell phone, for instance, would be referred to as “The Machine.” Google isn’t just Google. It’s The Google.

The Bobby I know is loving and affectionate. He calls me Buglet and makes me feel special, noticed, understood, valuable. He calls himself Roooooberto. That makes him feel special.

Bobby is my dear friend Judy Kelliher’s older brother. Recently, I helped Judy finalize the manuscript for the book she wrote about Bobby and his two tours in Vietnam. I got to read the book several times, and I learned about a whole new Bobby—the Bobby who was torn apart by war—and with the help of others—put himself back together again.

It nearly broke my heart to know and understand what my sweet, funny friend has endured—and survived.

Judy’s book, “A Wartime PH.D.: One Soldier’s Story of Vietnam and Learning to Live Again,” takes a close look at Bobby’s life, growing up in Springfield, Massachusetts, and his young adulthood—hanging out with friends and his girlfriend, Margaret, and spending a semester in college in Florida before his father, unimpressed with his grades, “invited him home.”

Bobby decides to enlist in the U.S. Army, and it’s then that his hell begins.

Judy well describes scenes from Bobby’s two tours of duty—including one that most devastated Bobby. I must say, though, that the moments in the book that I found most profoundly sad all occurred after Bobby has returned home and doesn’t know how to live with himself, with the images in his head.

His parents must comfort him when he awakens from nightmares, screaming in the middle of the night.

His marriage to Margaret becomes troubled because he is devastated and doesn’t know how to express, even to his wife, the ghosts that haunt him.

His children don’t fully know him.

In a pivotal moment of crisis, Bobby’s sister Mary connects him to help at the Veterans Affairs Center in Leeds, Massachusetts, and the road up—to a PTSD diagnosis, still so new in that era, and to peace and acceptance—begins there.

The Bobby who works at the bank and has tremendous compassion for people who are falling behind in their mortgage payments.

The Bobby who works at the jail and brings humor and empathy to the inmates, who bond with him and miss him when Bobby retires.

The Bobby who works with young people with disabilities.

The Bobby who drives seniors to their appointments.

Although a minor character in the book, Margaret shined out for me. I know Margaret somewhat, having met her at Kelliher family gatherings over the years. I had no idea what grace, tenacity, and steadfast love she brought to her marriage and to Bobby’s healing. I am so grateful to her.

I admire her, and Bobby, too.

I am so proud of Bobby for sharing his story; of Margaret for giving permission; and of Judy, for capturing it all so well. Writing a book based on someone else’s life and experiences is a tremendous undertaking. It’s time-consuming and all-encompassing, and Judy handled the process with grace, as she handles all difficult matters.

When the project was tough for her, she persevered.

When she worried she wouldn’t be able to finish, she kept going.

I will be honored to feature “A Wartime Ph.D.” in my NEW! section on the Janice Beetle Books Home page very soon, and in Clients’ Books. In addition to copy editing, I also designed the book’s cover and inside pages.