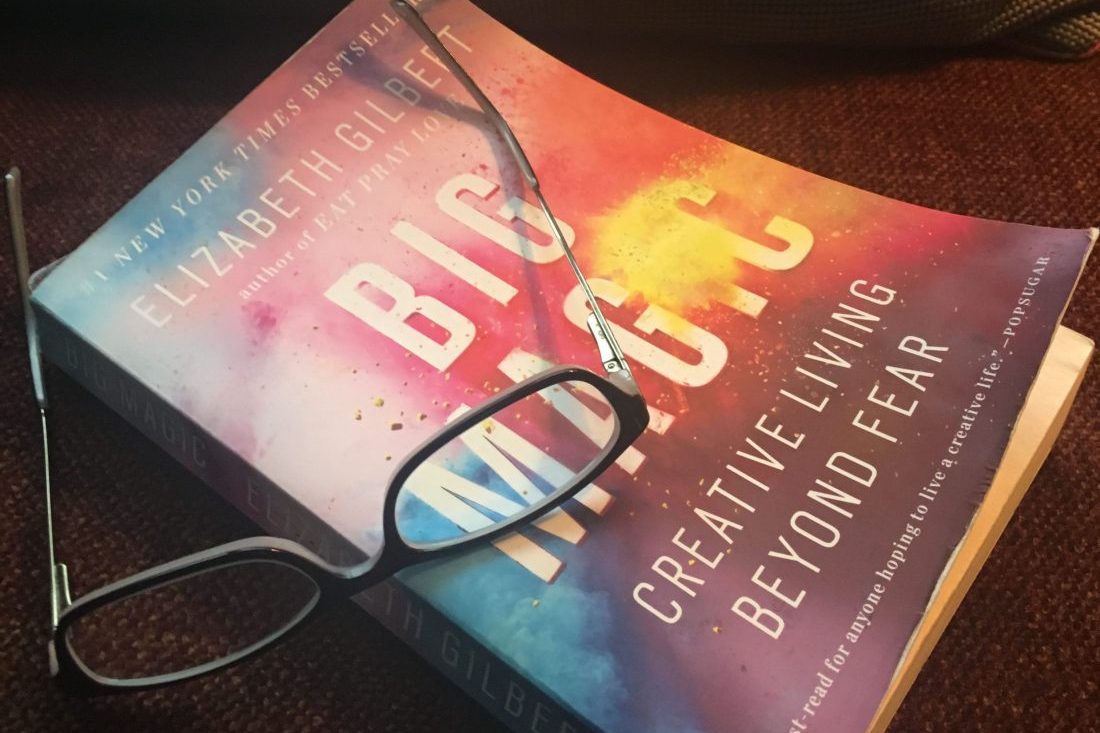 Note: This is the first of two parts.

Some books are aptly named. Like Elizabeth Gilbert’s Big Magic. It brought about big magic for me.

My housemate, Craig Fear, gave me the book as a birthday gift in November 2018.

“I thought you’d like it,” Craig told me. “It’s inspirational. It’s about writing.”

To show Craig I appreciated the gift, I cracked the book open at bedtime a few days after I pulled it out of the gift bag. I was pretty instantly sucked in to Gilbert’s musings on creativity and the universe and how she thinks it all works.

Gilbert tells her readers that creative ideas go drifting by all of us. We have to be paying attention, watching for them, and when an idea resonates for you, you have to grab it fast and claim it as your own. If you don’t, anyone could snatch it away.

Gilbert also spends a fair amount of ink talking about the hundreds of excuses we invent to avoid acting on an idea. It’s not good enough, for instance. Or better yet, I’m not good enough. Or I don’t have the time.

Familiar excuses, those are. The latter phrase is the top excuse I pull out when people ask how a book I’m writing is coming along; the other justifications are the ones I keep to myself.

So, I started thinking about all the book ideas that have come to me—ideas I grabbed from the universe, started nurturing, and abandoned mid-manuscript. And then a new idea came to me. I would write a book for my boyfriend as a Christmas gift. It would be about how we met online, and our first year together.

I reached out and heartily grabbed that very excellent idea. Mine. Mine. You can’t have it.

I flirted briefly with my excuses, but I suddenly found them dull and tiresome. I liked better the concept of trusting my idea and creating time for it.

I stopped binge watching Netflix episodes of “Better Call Saul” and “Shameless” in the evenings. And I stopped playing games on my phone for 45 minutes in the mornings.

Instead, I kept reading Big Magic, taking in Gilbert’s anecdotes about other writers and how they self-motivate, and her narrative about her own tremendous perseverance and her accidental success with Eat, Pray, Love.

I felt deeply satisfied with my minor accomplishment. Way more than if I’d gotten through the third season of “Shameless” or won a bunch more tokens in a Wordscapes tournament.

My big magic didn’t end there, though.

It keeps growing bigger and bigger. Next time I’ll tell you about how the seed germinated and how tall it’s gotten already.