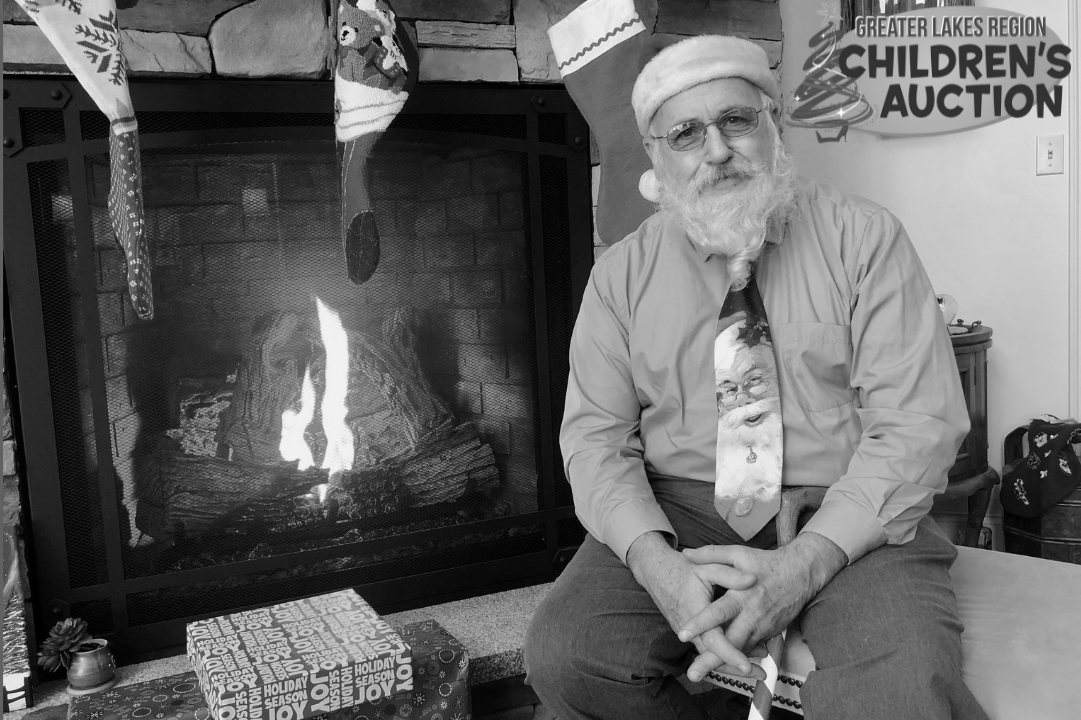 LACONIA —Back in the early days of the Greater Lakes Region Children’s Auction, founder Warren Bailey presented Auction items live on the streets in downtown Laconia, and there was never any shortage of people stopping by to say “Hi.”

As a DJ at WLNH with a large following, Bailey knew just about everyone. One passerby in 1985, the Auction’s fourth year, was Laconia resident Ed Darling, a dispatcher with the Lakes Region Mutual Fire Aid Association.

“I stopped by to say ‘Hi,’ and Warren kept me,” recalled Darling, who hasn’t wavered in his commitment to the Auction in the more than 35 years that have followed. “The purity of the event and the objective inspired me. One hundred percent of what we raised, we gave away. It just made your Christmas, and it stayed with you for the whole year.”

Darling answered Bailey’s call to fill in where help was needed in an operation that was lacking in structure. At the time, the Auction was held in the front of the YMCA on North Main Street, and it operated with three phone lines; no one in particular was assigned to answer them, though.

Darling found himself taking those calls as well as introducing some of the items during the Auction and snagging people for more help as they walked by.

It was only a matter of time before the Children’s Auction would start to develop into the well-oiled machine it is today, with crucial help from Darling, who organized an official Phone Bank Committee in the late ’80s.

“From that point forward, the phone bank became primarily staffed by service groups or businesses who would bring their employees, and in some cases, we’d have a few kids,” Darling recounted, noting that it became more challenging to staff the phones when the Auction increased from three days to five days. “The spur-of-the-moment helpers had been crucial to us for so long that I tried to always have room for those people to join in, but we were getting so big it was difficult to manage with spur-of-the-moment staff.”

The Auction’s increasing popularity was fueled by high-demand items arriving on the block, including a Curt Schilling Red Sox jersey from a game in October 2004, during which he injured his ankle. The jersey sold for over one thousand dollars.

Tickle Me Elmos also went for outlandish prices in the early 2000s, selling for ten to fifteen times what they were worth. In fact, the plush toys were so sought after that when Children’s Auction organizers managed to get their hands on one, it was placed in a briefcase and handcuffed to Darling’s wrist for fun, with police officers adding to the drama, providing Darling with an escort.

People have also supported the Auction in unexpected ways, Darling recalls. Like in 1998, when an ice storm knocked out power at the Opechee Conference Center, where the Auction was being held at the time.

“Utility crews from two other states and other parts of New Hampshire worked from around noon to ten at night, in the rain and ice, until they were able to restore power,” Darling said. “When they came inside, they passed a hat among themselves with a cash donation for the Auction.”

Since 2006, when Darling retired, he’s been able to commit more time to the Children’s Auction. He joined an organized group of dedicated volunteers, some of whom take vacation time from work so they can help every day.

For more information on the Auction, please visit ChildrensAuction.com.

The Greater Lakes Region Children’s Auction is a charitable event held every December in central New Hampshire. Countless volunteers and donors have turned the auction and its many fundraising events, including the 2021 Challenge, into a major annual campaign. In the 40 years that the community has come together for the auction, an impressive $7.5 million has been awarded to local nonprofit organizations, all through volunteer efforts, community donations, and corporate sponsorship. The Greater Lakes Region Charitable Fund for Children is a 501(c)(3) nonprofit organization that helps community organizations in the Central New Hampshire region. For more information about the auction, the nonprofits it supports, and how you can help, visit ChildrensAuction.com.