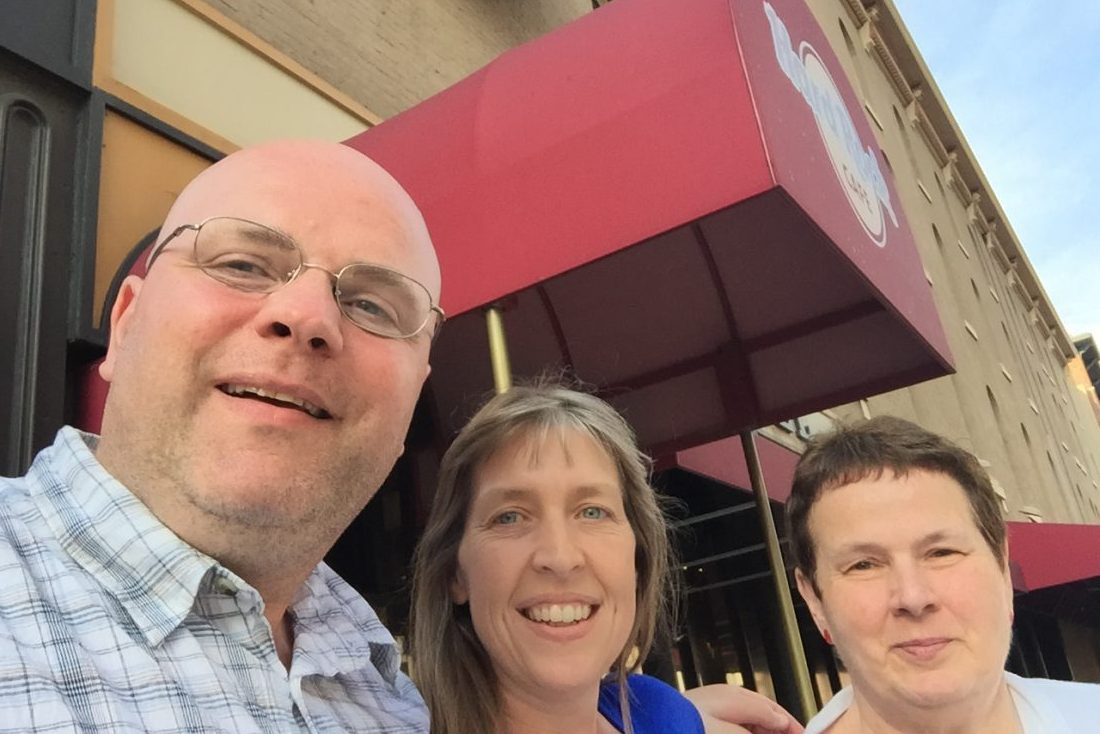 HATFIELD, MASS—When Stephanie London was five years old, she could be found with her dad on Fridays, Saturdays and Sundays, cheering on the Milwaukee Braves, notepad and pencil in hand. “He taught me how to keep score, what to pay attention to,” remembered London, who now lives in a suburb of Milwaukee, Wisconsin. “We watched things like which way the second baseman was going, if the shortstop has his hands on his knees, and we paid attention to the base runners.”

At baseball games around the country now, London still keeps score the way her dad taught her, marking down an “H” if there’s a hit, and a “K” if a player strikes out. No, it’s not the official way, but it helps London pay attention and reminds her of her dad, who died when she was 17.

Baseball inspired London to travel over the past 22 years, since she first learned about Sports Travel and Tours, a sports travel agency based in Hatfield, Massachusetts, through an ad in a sports publication. The sport keeps her on the move to destinations such as London, where London will land for this year’s Baseball in London: Yankees and Red Sox travel package.

“I’ve been to London twice before, but I didn’t see enough,” said London, who is also embarking on the Cultural Highlights of Japan with Baseball & Sumo tour in March and the Major Minor Northeast tour in June. “The addition of baseball will make this next trip even more interesting.”

“They let me go first at the induction ceremony because I was the only woman there,” she remembered. “I always say I was the first inductee into the Stadium Hall of Fame.”

London attends the Sports Travel and Tours Stadium Hall of Fame induction ceremony every four years to support other travelers who have met the 30-ballpark goal, many of whom have become close friends. “Many of us have gone to all the major league ballparks, so now we’re working on visiting the minor league ones,” she said, noting she’s been to smaller stadiums in places like Oregon, Maine, and Alabama on Sports Travel and Tours trips.

Michael Coldesina, manager of travel industry accounts at Sports Travel and Tours who helped shape the London trip, said the travel package features everything people want to see most.

“The trip comes with a London pass, which allows you pre-paid admission to over 80 different sites and attractions in London and the greater London area,” he said. “Many of those places will have a fast-pass entrance to skirt long lines. You also get a travel card to travel on the subway, buses and trains.”

On Thursday, June 27, guests arrive in London and check into the DoubleTree by Hilton Hotel London – Westminster. The hotel is located within walking distance to many main attractions like the Houses of Parliament and the theater district, and floor-to-ceiling windows allow you to take advantage of the sights from the comfort of your room at the end of a long day. The hotel will also provide an English breakfast each morning.

Guests can meet their fellow travelers at our trip reception Thursday evening before a Friday spent sightseeing. Later in the evening, take a leisurely stroll down to the London Eye Pier and hop on a boat for a four-hour cruise on the River Thames. A DJ will provide musical entertainment while you enjoy breathtaking views of London and a complimentary beverage. A mystery baseball celebrity will also make an appearance.

There’s more time to explore on Saturday and Sunday, but there’s also two games between the Boston Red Sox and the New York Yankees. The travel package includes 200-level seats for both games at London Stadium.

“This trip brings together baseball’s biggest rivals,” Coldesina said. “A lot of people are really excited about the rivalry and about the opportunity to go to London.”

Coldesina said that when the Sports Travel and Tours staff found out that the Yankees and Red Sox would face off in London, staff saw the opportunity to offer their guests something exciting. He said, though, that this chance will likely not be the last because many major sports leagues are expanding their reach internationally.

“The NFL is doing the same thing,” Coldesina said. “In 2007, they started offering one game in London each season, and now they offer three. They want to get to the point where they’re offering a full round of NFL games. That’s 16 games.”

Baseball in London travelers will wrap up the trip on Monday, July 1, but Coldesina said many will opt to add pre-trip and/or post-trip hotel nights onto their stay. Travelers who need help figuring out where they want to go during their leisure time can seek advice from the local guide at the daily hospitality desk in the hotel lobby.

Learn more about the Baseball in London: Yankees and Red Sox travel package.