Florence Bank Recognized 11 Local Residents for Community Service and Granted a Total of $5,500 to 11 Nonprofits 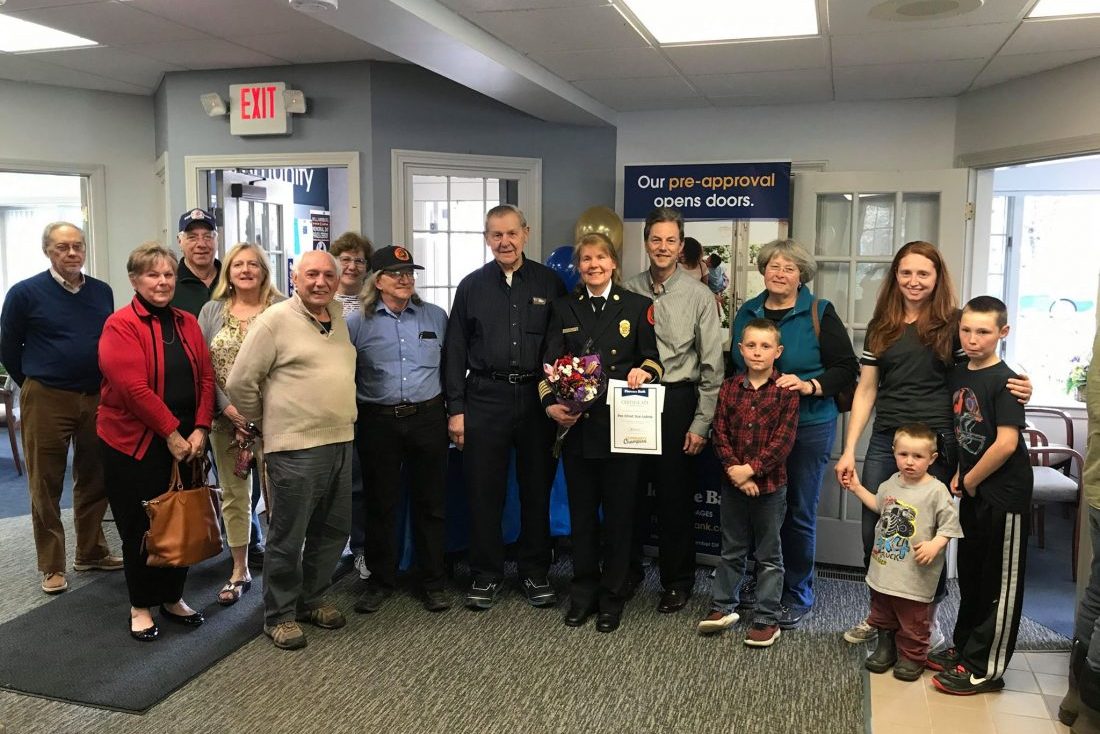 The dedications were part of the Community Champions Sweepstakes, which coincided with Customer Appreciation Days in May

FLORENCE—In 2011, it seemed a leukemia diagnosis was the worst thing that could happen to Gayle Bradley’s grandson. But in 2015, after four years of remission, the then 10-year-old Luke Bradley relapsed and also contracted bacterial meningitis.

Luke spent six weeks in intensive care, suffered seizures, and barely survived the damage to his ventricles and brain.  Luke spent 15 months living in a hospital and recovered slowly. Now, he is in remission once again, and just completed his freshman year of high school. Clearly impacted by the trauma of Luke’s illness, his family founded a nonprofit—called LukeStronger, Inc.—to offer financial relief to other families with a child battling cancer.

“We were blessed to have so many people help us as we went through this fight, so this foundation is our way of giving back,” said Bradley, of South Hadley.

In May, the LukeStronger fund received a $500 boost after Gayle Bradley was named one of 11 Florence Bank Community Champions. As part of its Community Champions Sweepstakes program, the bank offered each of the 11 Champions a $500 grant to be donated to a nonprofit of their choice.

Bradley chose LukeStronger; all funds raised by the organization this year will support the family of 3-year-old Surai Gomez of Holyoke, who is battling high-risk neuroblastoma. Bradley was nominated for the Community Champion award by Florence Bank customer Jessica Randall of Granby.

In all, 218 nominations were cast at Florence Bank’s 11 branches for 11 Champions, and Florence Bank granted $5,500 to 11 different nonprofits in Hampshire and Hampden counties, and beyond.

As part of the sweepstakes, customers in each branch were invited to cast one vote in their neighborhood branch for a person in their community who goes above and beyond to ensure that residents are safe, healthy, and happy.

Voting took place from April 15 through May 6. Winners were selected at random from all the nominees in each branch. The winners had the privilege of selecting an area nonprofit to receive a $500 grant.

Labrie was the Champion recognized by the Williamsburg branch, where she received nearly 30 different nominations. The grant to the Goshen Firefighters’ Association will support ongoing efforts including fire safety education—a topic she is passionate about.

Labrie began teaching fire safety lessons through the SAFE (Student Awareness of Fire Education) Program over 20 years ago to students at the old Goshen Center School. Over the years, she expanded the program so that children from preschool through sixth grade at the New Hingham Regional Elementary School, serving Goshen and Chesterfield, can receive fire and life safety education five times throughout each school year.  She also teaches fire and life safety lessons to Goshen’s Senior Citizens.

This January, her efforts were credited by a family in Goshen with saving their lives. With temperatures in the teens, Jess and Phil Judd of Goshen put their knowledge to work when a fire in their home blazed out of control. The Judds, with their four young sons, were awakened by smoke alarms and escaped their burning home with only the clothes on their backs.

Firefighters said the family’s quick response was due to them having a prepared family home escape plan that helped them get out in a matter of minutes. Labrie believed that if the home did not have working smoke alarms, the headlines would have been tragic.

“The Judd’s story really impacted me and the Goshen Fire Department not only because they’re a family we know and love, but because sometimes you just don’t know if you truly reach people when teaching these programs,” Labrie said. She added, “Houses can be replaced, people can’t. This is why we teach children as young as preschool and keep reinforcing the messages and skills throughout elementary school.”

The Community Champions Sweepstakes was an initiative for the bank that served as part of this year’s Customer Appreciation Days campaign. As part of the initiative, each branch held a celebration in the latter weeks of May to present its Champion with a winner’s certificate and the $500 check for the nonprofit of choice.