Hannaford is Indeed ‘Greater Than Groceries’! 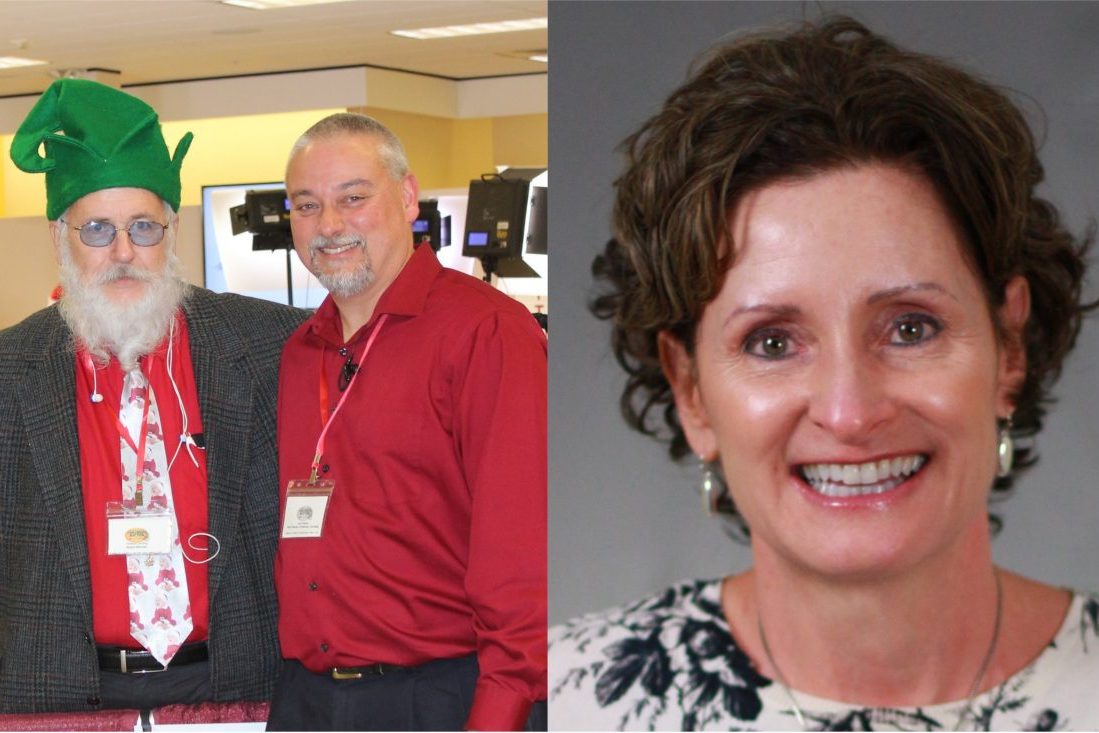 Note: I write blogs and press releases for the Greater Lakes Region Children’s Auction in Laconia, New Hampshire. It’s an organization that raises money year round for children and families in need. Each month, the Auction names an Auction Champion. I wrote this blog about the June Champion, Hannaford Supermarket and Larry Poliquin, the manager of the Hannaford in Gilford.

Larry Poliquin remembers the Greater Lakes Region Children’s Auction before it was televised, back when bidding was relayed to the community by radio. Larry, who was assistant manager at the Franklin branch of Hannaford Supermarket at the time, tuned in early on, and immediately connected with organizers’ goal of improving the lives of local children.

So, after getting promoted to store manager at the Hannaford store in Gilford, Larry took the reins, making donations and sending teams of volunteers—himself included—to work the phone bank and help with checking out items. What began as a small effort eventually grew into Larry taking a week of vacation time to see the Children’s Auction through from beginning to end, as well as becoming a member of the Board of Directors and Disbursement Committee, which reviews all of the applications from local nonprofit organizations hoping to receive funds from the Auction.

“We work year-round, but we have a big job that week at the Auction each December,” he says. “And now, being on the Disbursement Committee, it’s amazing to see the amount of need this one organization fills. It’s great to see the number at the end of the week, and to know that money is going to help children.”

Hannaford has eagerly supported Larry and his efforts over the years. In fact, Sherri Stevens, who manages community relations for the supermarket chain, says supporting the Children’s Auction is a perfect example of Hannaford’s tagline, “Greater Than Groceries.”

“We like to think of ourselves as more than the building down the road that provides groceries,” says Sherri, a Gorham, Maine, resident. “Community is so important to us at Hannaford, and it’s clear that it’s important to our associates, too. Larry represents Hannaford so well, and we often look to leaders like him across our 182 stores in five states to help us understand where the community’s needs are the greatest and where our involvement can have the greatest impact.”

Hannaford, Sherri continues, doesn’t like to just hand organizations checks. Rather, the preference is to understand what’s going on and invest in meaningful ways, whether that’s through providing sponsorship, having volunteers step up to help, or donating items to be auctioned off.

“The fact that Larry identified the Auction as an area where we could help, and that it’s making such an impact, is so meaningful to us,” Sherri says. “We’re hugely proud of Larry and the other associates who have joined him along the way.”

Likewise, Larry, who has been with Hannaford for over 30 years, says the reason so many employees stay with the company for so long is because it supports community involvement and giving back.

“You don’t see that in many chain stores,” he says. “That’s what keeps us strong and keeps us committed to our organization, and that’s why we’re still here.”

A total of five Hannaford stores take part in making the Children’s Auction a success, with employees volunteering to work the phone bank and help with checking out items, as well as spearheading their own fundraising efforts beyond what Sherri’s marketing department provides in sponsorship dollars. One of the key people behind those fundraising efforts is Joe Gentile, manager of the Meredith store.

Though there’s certainly plenty of work involved leading up to the Children’s Auction and throughout the week itself, it also doesn’t stop once the Auction goes off the air, Larry says. Then it’s time for Larry and the other four members of the Disbursement Committee to review grant applications and present recommendations for funding to the Board of Directors. In 2019, following the 38th Auction, a total of $600,032 was raised for area nonprofits.

“Our committee spends weeks in the winter reviewing all the grant requests and discussing the best way to distribute the money that’s available,” Larry says. “We often visit the organizations we aren’t as familiar with, so we get to see firsthand what each organization is doing to help local children.”

At the end of the day, supporting children who need it most is what the Auction is all about.

“Across Hannaford, our employees feel a particular passion when an event supports our kids,” Sherri says. “We know that to help our kids grow and learn and develop, we have to invest in them. We genuinely believe in and understand that they are our future.”