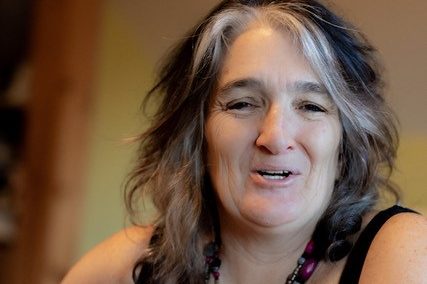 Event will pay tribute to moms in Portland, Oregon, who were gassed by federal police while protesting

NORTHAMPTON—A Northampton woman has organized a #WallOfMomsNorthampton protest to support the Black Lives Matter movement and mothers in Portland, Oregon, who were tear-gassed this week by federal police while taking part in a peaceful protest.

The event will be held Sunday, July 26 from 4pm to 5:30pm. Moms are asked to line the sidewalk on both sides of Route 9 in Northampton, starting near the Calvin College Bridge and moving towards downtown Northampton. This is a social distancing event, so participants are asked to wear a mask and stand six feet apart. Signs are encouraged, as is the wearing of orange or white shirts. Dads and children are also invited to take part.

Organizer Becky Castro of Northampton said #WallofMomsNorthampton protest is intended to support Black, Indigenous, and People of Color (BIPOC) and to also stand up against the unwanted involvement of federal police in peaceful protests in the United States.

Both the mayor of Portland and governor of Oregon have asked the federal police to evacuate, but they refuse. The attorney general for the state of Oregon has filed a lawsuit against the federal government, accusing it of unlawfully detaining protesters.

Castro, the mother of two adult children, added, “If I were Trump’s mother, I’d send him to his room for a much-needed time-out.”

On Monday of this week, 30 Portland moms came out to create a wall of moms. The second night of the protest there were 300 in attendance, and on Wednesday night, there were roughly 3,000 taking part.

Castro said, “Obviously, the system that is currently set up is not working. It justifies institutionalized racism and allows for blacks to be murdered, which is why the Black Lives Matters movement erupted.”

Those who are unable to attend the peaceful protest are welcome to drive by and honk horns in support, and to take photos and videos and post them on social media. “Please share this event and educate yourself.” Castro said. “We live in a democracy where we have First Amendment rights, that of peaceful protesting, not being beaten and taken away in unmarked cars. I am concerned that people on the East Coast are not that aware of what is really happening on the West Coast. Just last night Trump ordered a tactical unit to go to the protesting in Seattle. This is the equivalent of sending a SWAT team.”