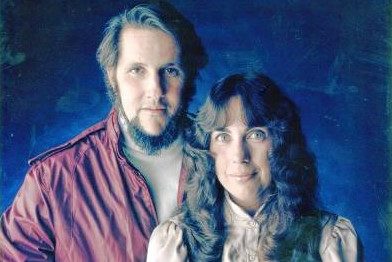 NORTHAMPTON—United Way of the Franklin and Hampshire Region recently accepted two major gifts totaling $176,000, enhancing the power the organization has to impact the lives of people in need across Western Mass.

A $76,000 bequest was arranged by the late Hale Johnson, an artist from Colrain who passed away in April, and an anonymous donor gifted $100,000.

“We are thrilled with these incredibly generous donations and the fact that they come so closely together is also meaningful,” Donor Relations Manager Holly Martineau said. “Gifts of this magnitude allow United Way to reach more people and transform more lives. All gifts, in all amounts, help us support people living without ample means, and gifts of this magnitude give us even more power for change. The power of these two gifts alone will impact many for years to come.”

Johnson and his wife of 55 years, Lorraine Johnson, who passed away in 2016, were community supporters of organizations such as the Colrain Fire and Rescue, Dakin Animal Shelter, and the Franklin Land Trust. In tribute to his late wife, Johnson made a sizable donation to the Greenfield Public Library Foundation in 2020, as Lorraine Johnson was a longtime member of the Friends of the Greenfield Public Library.

Hale Johnson’s paintings capture the countryside of the Valley as well as coastal Maine and Northwestern England. Done in the American Realist tradition, his work is often compared to that of Andrew Wyeth and Eric Sloan. Johnson was known to be perceptive, compassionate, and generous throughout his life.

The donor of the anonymous $100,000 gift lives in Franklin County.

“We are grateful to these generous donors, and we will respect and honor their legacies and stewardship,” Martineau said, noting the announcement of the two donations offers the United Way the opportunity to educate people in the Valley about the importance of giving and the various ways to donate.

Gifts can also be made through wills, estate plans, and other disbursements.

A $230,000 bequest received in 2005 from the late Frederick Ames was one that United Way leaders say changed the future of the organization—as well as the futures of many people in need who have been supported since as a result.

The gift from Ames, an active community supporter, eliminated the need for United Way to operate from a line of credit, providing a financial foundation that allowed the agency to focus more on services.

“United Way still relies heavily on the generosity of our neighbors, so that we might assist more neighbors,” Martineau said. “We welcome gifts of any size, and we acknowledge that major gifts continue to give us the longterm security and strength we need to remain a committed presence in Franklin and Hampshire counties.”

To learn more about United Way of Franklin and Hampshire Region or to make a gift, visit uw-fh.org.