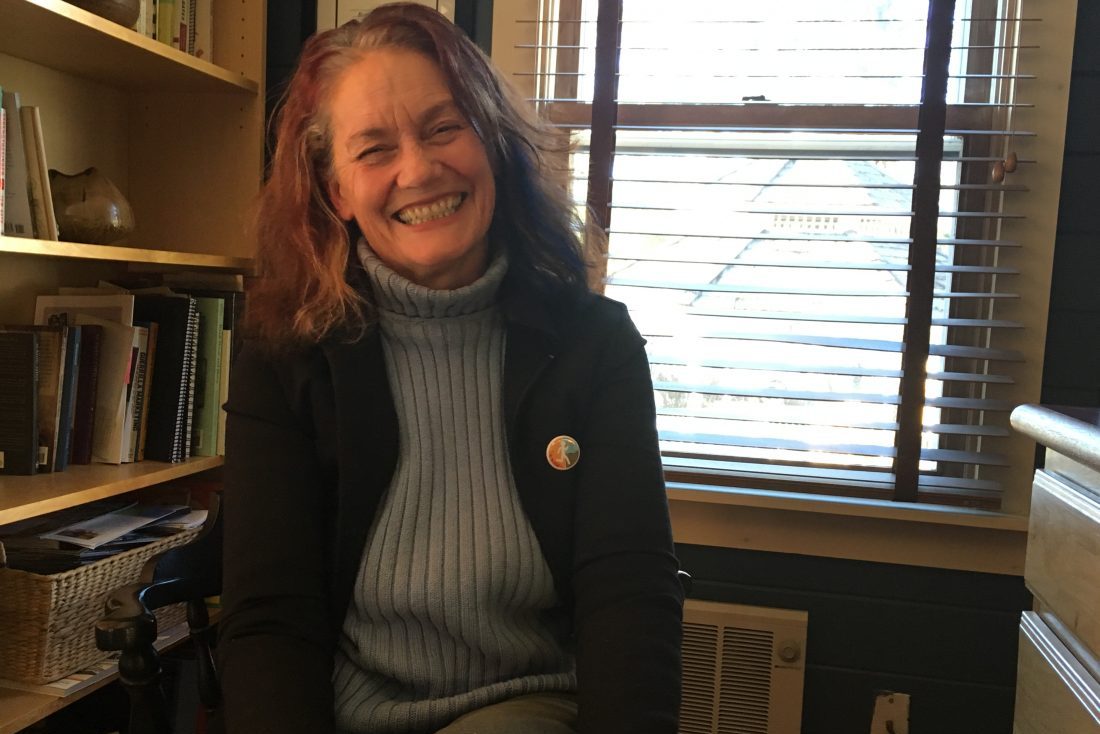 Each year, I have the privilege of interviewing local businessmen and women for the Springfield Republican’s Outlook section—an impressive, comprehensive, annual look at entrepreneurs and industry in Western Massachusetts.

My colleague Cynthia Simison, the managing editor and assistant to the publisher for print at the Republican, works tirelessly from October to February each year to get the section out. There are dozens of stories to read and edit and many pages to oversee in design and production. Cynthia is passionate about this region, and she’s meticulous in her effort to present a broad-scope look at the health of the region’s economic engine.

This year, Cynthia assigned me three stories, one on a person I had already met and interviewed for a client. Here is my story on Lili Dwight. I will share the others with you over time.

Lili has a background in IT, but she knows a lot about fire. She’s developing an app that allows people with intellectual disabilities and young children to run through frequent fire drills in their own homes, so they are ready in an emergency. She’s had to learn how to educate people on why they need her product. “You have two minutes to get out in a fire,” said Dwight. “The app trains the part of your brain that responds without thinking. For people with a cognitive impairment, it’s even more important.”

Dwight’s business is Galactic Smarties; it’s based in Deerfield, where she lives. The product she has been working on since fall 2016 is called FireGuide. It prompts young children and people with disabilities to conduct fire drills in their homes and also time each escape, track their progress over time and record feedback their parents can use to refine future drills.

Parents can schedule fire drills for the users and record a message that directs them, such as, “It’s time to do a fire drill. Press the orange hand if you need more time.” Users can ask for a five-minute delay or tell the app to postpone entirely. After a drill is completed, the user records a message for the parent, telling them what did or did not go well during the drill; parents use that feedback to further customize their pre-recorded instructions.

Originally, Dwight intended to develop a product that would alert one to a fire and tell the user where it is and the best route to safety. After she took part in the Valley Venture Mentors accelerator program in 2017, she learned that her target audience would be better served by software that teaches children and people with disabilities how to escape. Her mentors led her through the process of gathering feedback from customers through interviews. “I also learned how to tell the story of the value of what I am doing,” Dwight added.

Dwight is now finalizing her product. At 62, she is living on her retirement savings as she works to raise money to market FireGuide. In the past year, she auditioned for television shows such as Shark Tank and HUBWeek with no success. Thanks to two friends, she has raised $100,000 against future equity in the product.

Fundraising has been the biggest challenge for Dwight. She said that’s because her product is designed for social impact. “Most venture capitalists want a 100 percent return,” she said.

A subscription to use FireGuide will cost about $8 per month. For more information visit http://galacticsmarties.com/. To sign up to test an early release of the app, go to http://www.fireguide.us.