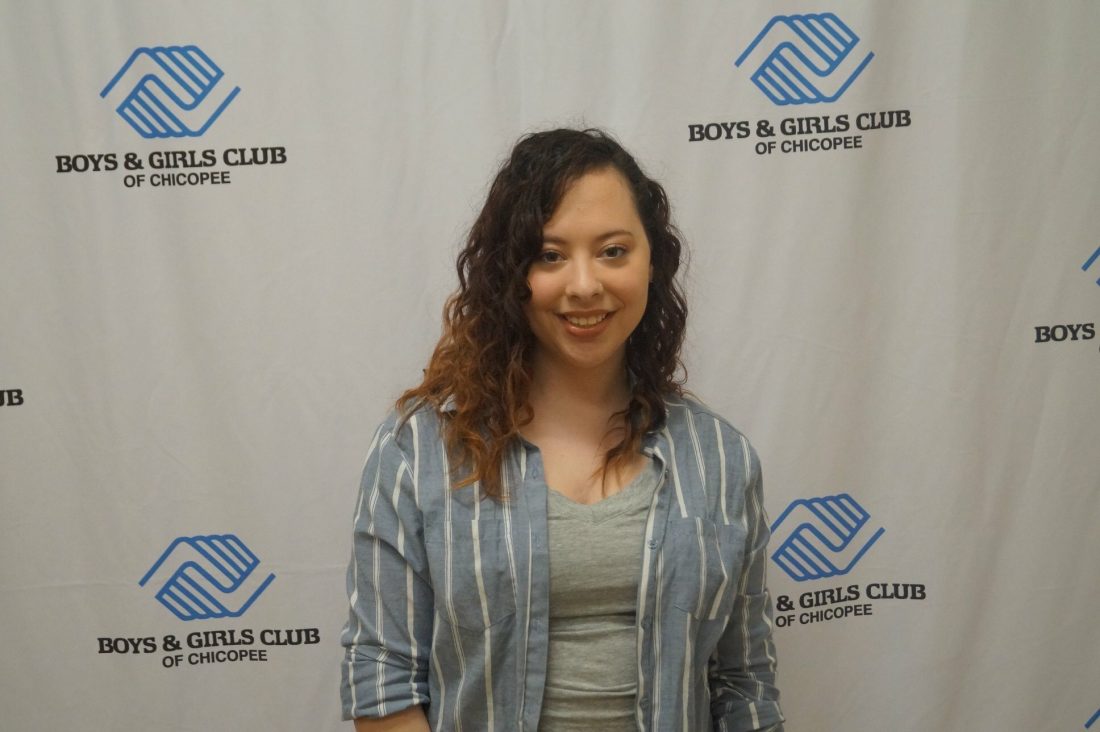 CHICOPEE—Curiosity drew Daishany Miller to the Boys & Girls Club of Chicopee in 2014, and it soon became a second home that offered the now-19-year-old the chance to thrive as a leader.

Miller visited every day, eventually becoming vice president of the Torch Club in the teen center and joining the Smart Girls group. Staff mentored her, personally and professionally.

“My future has just begun because of the help of the Boys & Girls Club. I was able to build connections and meet new people,” Miller said. “The club helps shape young men and women by helping them reach goals they never thought they could accomplish. Young people learn their voice matters, and they are heard.”

When Kevin Vann founded the George Webb Memorial Basketball Tournament in 2005, he had a goal of raising funds for the Boys & Girls Club, so it can reach and impact more young people like Miller. He also wished to honor his late friend, George Webb, who died of cancer at age 52 in 2004.

The tournament memorializes Webb, a basketball player himself who shot hoops at the club on Tuesday evenings. Vann said Webb rarely lost a game, and “when he did, he showed true sportsmanship to whoever he was playing against.”

Vann and his business, The Vann Group of Springfield, a professional services outsourcing company, have sponsored the tournament since its start.

The 15th annual event will once again benefit the Boys & Girls Club, and it tips off Monday, March 11 and will run until March 27. The event is for teams of boys and girls in grades three through eight who are not top players and may not otherwise get to play in a tournament. This is a double elimination tournament, with certified referees, half-time contests, and more.

“Since the tournament began, we have helped give thousands of kids a chance to play a sport and develop values that will last them a lifetime,” Vann said. “This year, we hope the tournament will reach a major milestone by hitting the $200,000 mark in total donations to the club.”

Vann said the tournament is the largest of its kind in Western Massachusetts and Northern Connecticut, drawing hundreds of spectators and more than 40 teams of players this year.

“I’ve always been passionate about supporting the Boys & Girls Club of Chicopee, which continues to show why it’s one of the most worthy causes in Western Mass,” Vann said. “For 107 years, the club has been there daily for boys and girls in Chicopee who often come from single-parent homes, who face challenges with school work, and who may otherwise have no place to go after school to play, socialize, learn and grow into responsible human beings.”

Miller is so connected to the club now that she works there as a youth development counselor; she plays basketball with young people to help them build relationships and sportsmanship. She will volunteer at the tournament, manning the concession stand and selling raffle tickets.

The club offers Power Hour Homework Help plus recognition and tracking of grades; a myriad of community volunteer opportunities; and sports programs that keep young people physically active and stimulated.

The Boys & Girls Club of Chicopee has 28 adult staff members and 50 volunteers, and last year, it served 1,802 youths in the region; 358 are members, and the other 1,444 are served through community outreach programs.

Seventy-two percent of those who are nurtured at the club are 12 and younger; the others are teenagers. Of the total served, 69 percent are in minority ethnic groups and 31 percent are in single-parent households.

For more information about the tournament, visit www.georgewebbtournament.com. For information on sponsorship opportunities, contact Ruth Griggs at (413) 727-3354 or email her at Ruth@rccomms.com.