Building Relationships with the Media 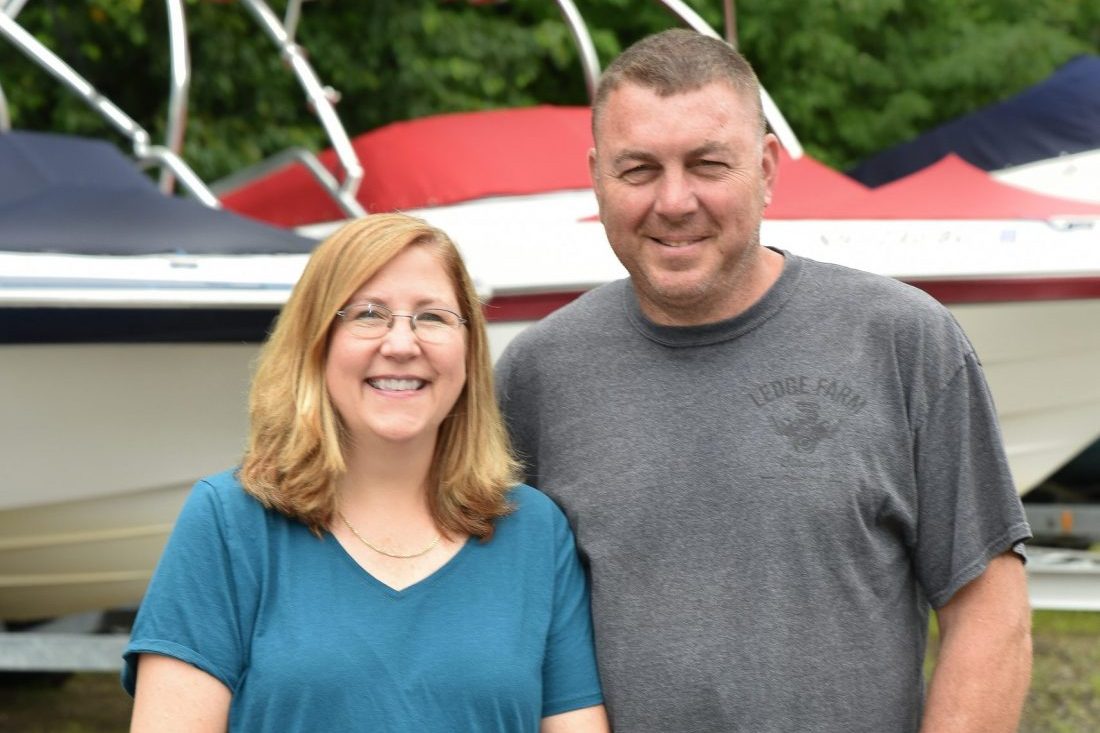 Note: I build relationships with writers and editors of local newspapers in part by writing for them on a freelance basis. For several years, I have been writing stories for the editors of the Laconia Daily Sun in Laconia, New Hampshire. This piece highlights the shortage of dock space this summer—a problem created by a boating boon after COVID-19; it ran in mid-August.

As businesspeople, Andrea Harper and her husband, Jerry Harper Jr., know to pay attention to shifts and trends in the community. They’re good listeners, and their skills paid off again last year as they got wind of a shortage of boat slips in the Lakes Region.

Jerry runs Ledgefarm Station LLC, an auto and marine repair business in Meredith for over 20 years, and as boat sales picked up locally, he was hearing from customers and colleagues that boat storage was not easy to come by.

“We also knew through social media,” explains Andrea, noting that she and Jerry saw cries for help on Facebook, particularly on the I Love Winnipesaukee and I Boat Winnipesaukee pages.

“Does anyone know of any available slips?” the posts were apt to say.

“There was definitely a need,” Andrea Harper says. “We knew we could provide storage and that would help these people who can’t find slips and docks.”

To meet the demand, the Harpers founded Jenness Hill Auto and Marine Storage LLC in Meredith—with Andrea wearing the hats of co-owner and office manager. Since the business opened in September 2020, the Harpers have been offering both summer and winter storage of cars, boats, personal watercraft, motorcycles, and even a few bob houses.

They’ve got roughly 100 vehicles on the first floor of their 20,000-square-foot space and room for 100 motorcycles and 100 personal watercraft on the second floor. They also have space outside the building, and they are providing overflow storage for 60 boats from four area marinas.

“We have capacity for another 200 for outside winter storage,” Harper says.

Boaters swing over whenever they want to go out on the water. They put their boat and trailer on the back of a vehicle and drive to a launch; the closest one to Jenness Hill is in Meredith.

In addition to storing boats that owners can pick up, tow away, and launch, several dozen marinas on the water also offer what’s called valet boat storage—and they started providing the service long before the pandemic rocked the boating industry.

Boaters pay a fee to leave their watercraft in storage near the shore; boats are not on trailers but instead the hulls are stacked on supports, or racks. When boat owners want to head out on the water, they call ahead.

“They call an hour in advance, and we have the boat in the water when they arrive,” said Bill Irwin, owner of Irwin Marine. “They use their boat. They bring it back, and we pull it out and put it back on the rack.”

Irwin adds, “We’ve done this for many years. I think people are happy. It’s a way for people who don’t need a full boat slip and just want to use it for the day.”

In addition to the benefit of simply having a place to store your boat—without worrying about getting it from land to water—Irwin said other positives are that valet service keeps the boat’s hull cleaner, and there are no hassles that crop up in transportation.

Moving a boat from land to sea sans trailer is not for the faint of heart.

If you hang around a busy marina like Irwin long enough on a summer day, you’ll have the chance to watch a boat make the short journey from the storage unit into the water, and it’s a pretty neat feat.

A sturdy truck with forks—or tines—that are several dozen feet long, pulls up to the storage unit and lines itself up with the boat to be moved. Very gently, the truck’s driver slips the tines under the boat.

Some boats are stored on second- and third-floor spaces, and when that’s the case, the tines lift up to the boat’s height, and then the tines slide under.

When the boat’s weight is on the forklift, the truck begins a slow passage to an open dock space, and once there, the boat is slowly lowered into the water. A second marina employee, standing at the ready, ties the boat up, and poof, it’s time for an outing.

Irwin said valet service is offered at Irwin’s Laconia location from May 15 through Columbus Day each year. He preferred not to talk cost but said the service is less than having a slip.

This year, Irwin’s had about 40 boat owners using valet. “It’s another way to get your boat in the water and enjoy the lake,” Irwin adds, noting that these days, it’s difficult to find empty dock slips, and it’s also a puzzle for developers to site new ones, given a shortage of shorefront and a lot of restrictions on use.

Gilford Yacht Club is one marina that is unaffected by the shortage in boat slips, primarily because it’s not in the business of supplying slips to the public.

Svend Filby, who serves as treasurer and secretary of the club’s Board of Directors, has owned a boat slip there since 2009.

Filby pointed toward valet boating as a simple solution for newer boat owners.

And, of course, the Harpers still have availability in Meredith.

The start of Jenness Hill

When Andrea and Jerry Harper Jr. started thinking about the boat storage problem about a year ago, Jerry was friendly with George Makris, who owned M&M Salvage for decades. Makris was ready to retire, and his 20,000-square-foot, two-story building was available.

The Harpers scooped it up and spent six weeks cleaning out 60 years’ worth of boats and marine salvage, Andrea Harper says.

Cars, motorcycles, personal watercraft, boats, and a few bob houses are now stored on the property, which is secure and monitored 24-7; Harper says only RVs are not allowed.

The cost for cars is $550 for six months on the lower level; on the storage building’s upper floor, the cost is $150 for a motorcycle for six months and $400 for personal watercraft. Outside, boat storage is $600 for winter; $500 from Memorial Day to Labor Day, or $100 per week. ATVs are $400. (Learn more at jennesshillstorage.com.)

With recent changes to parking rules in downtown Meredith that prohibit extended parking and limit time to 72 hours, boaters who live and vacation on nearby Bear Island were stuck. “We received several calls from people renting on Bear Island who now can’t park their trucks and trailers in Meredith for more than three days, and they were stuck if they were out there for a week,” Harper says.

“We offer a solution that’s only a mile from the Meredith boat launch,” she says, noting five of her Jenness Hill customers are islanders.

Harper said Jenness Hill has the capacity to store about 300 boats. “We are nowhere near max capacity at the moment, but we hope to be this winter,” she says.