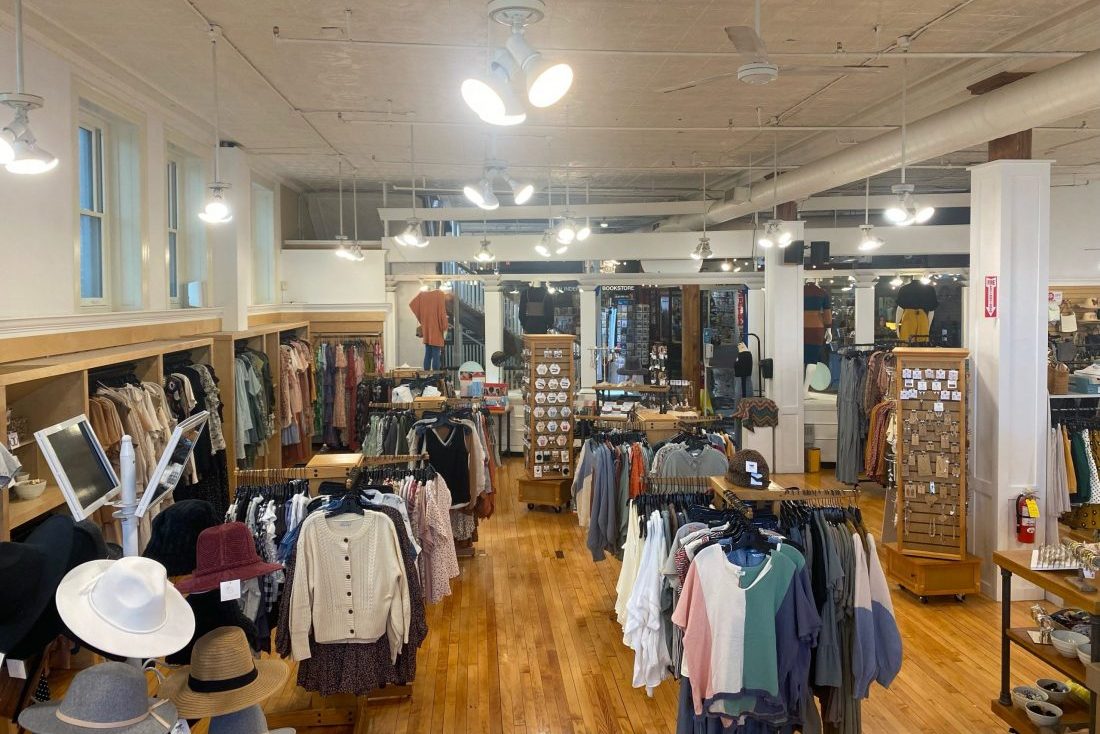 NORTHAMPTON—Cedar Chest, a longtime eclectic gift store, is celebrating its 75th anniversary in downtown Northampton as its new sister store, Stay Golden, announces a rebrand and grand opening event in its permanent location in Thornes Marketplace.

The anniversary for Cedar Chest, which carries everything from home décor to stationery and holiday items, will be marked with special promotions in the store from Thursday, Sept. 22 to Sunday, Sept. 25. Customers who spend over $75 will receive a gift bag full of free items from different sections of the store.

The grand opening for Stay Golden will be held Oct. 14 and is free and open to the public.

The launch will be held in conjunction with Arts Night Out from 5 to 8 p.m., and those who visit the shop can dance to music played by a DJ, have their photo taken in a photo booth, and sample charcuterie by Fed by Foley and cocktails from Tellus & The Satellite Bar. There will also be giveaway items and a raffle.

Both businesses are owned by Rich Madowitz, also one of the co-owners of Thornes. About 30 associates work at the shops, with a half dozen dedicated to Stay Golden.

Cedar Chest was originally on Main Street in Northampton and dates back at least to 1947, the year the oldest-known photo of the shop was taken. After Brinkley and Gordon Thorne, and their wives Mazie Cox and Annie Woodhull, purchased the McCallum Building in 1977 and launched Thornes Marketplace, Cox purchased Cedar Chest and moved the business into Thornes, where it remains an anchor store.

Madowitz purchased the business in 2010.

The store sprawls over two floors with items ranging from loungewear and bath and body items on the ground floor to kitchen products, home décor, holiday and seasonal items, books and stationery on the second floor. “We try to separate what we’re doing from what other people are doing in town and in the building,” Gunther said. “We have unique products not represented elsewhere.”

As the buyer for the business, Gunther is pleased that she can visit trade shows once again and move away from buying online, as she was forced to do during the pandemic. Before she came to Thornes, Gunther’s background was in fashion, so it has been exciting for her to watch Cedar Chest’s sister store evolve with a focus on women’s clothing.

First launched last summer as an eight-week-long pop-up shop on Level One by the parking garage and sky walk, the business was called Cedar Chest Fashion. The concept was successful, so it expanded and rebranded as Stay Golden with the help of Carrie Lenard of Lenard Design.

“Golden” in the name is a reference to each day’s Golden Hour—after sunrise or before sunset, when the intensity of the sun’s light is reduced, and the sky appears redder and softer. “Golden Hour is about the feeling you get when the sun and the air and the mood feel right, all at the same time,” Gunther said. “We want to be with people in those moments where they feel—and look—their best and can hold onto that feeling. We want women to Stay Golden.”

Some of the fixtures and décor in the shop—from hangers to mannequins—came from Faces, which closed in 2019 after nearly 45 years in business. “We now occupy the whole shop, and we cater to professional women who want to update their closet every season with a couple great new products,” she said.

Stay Golden carries primarily clothing for women—a mix of everyday casual and some business wear, such as silk blouses or items with rich patterns and textures. “Women will find things like fuzzy jackets and sweaters in fall and glitz around the holidays,” Gunther said, noting the shop also carries jewelry and small accessories, like sunglasses.

“The store’s mission is to ride the edge of trends with a focus on the classic styling and to make women look and feel beautiful,” she added.

Soon, Stay Golden will launch an informational website at staygoldennorthampton.com.