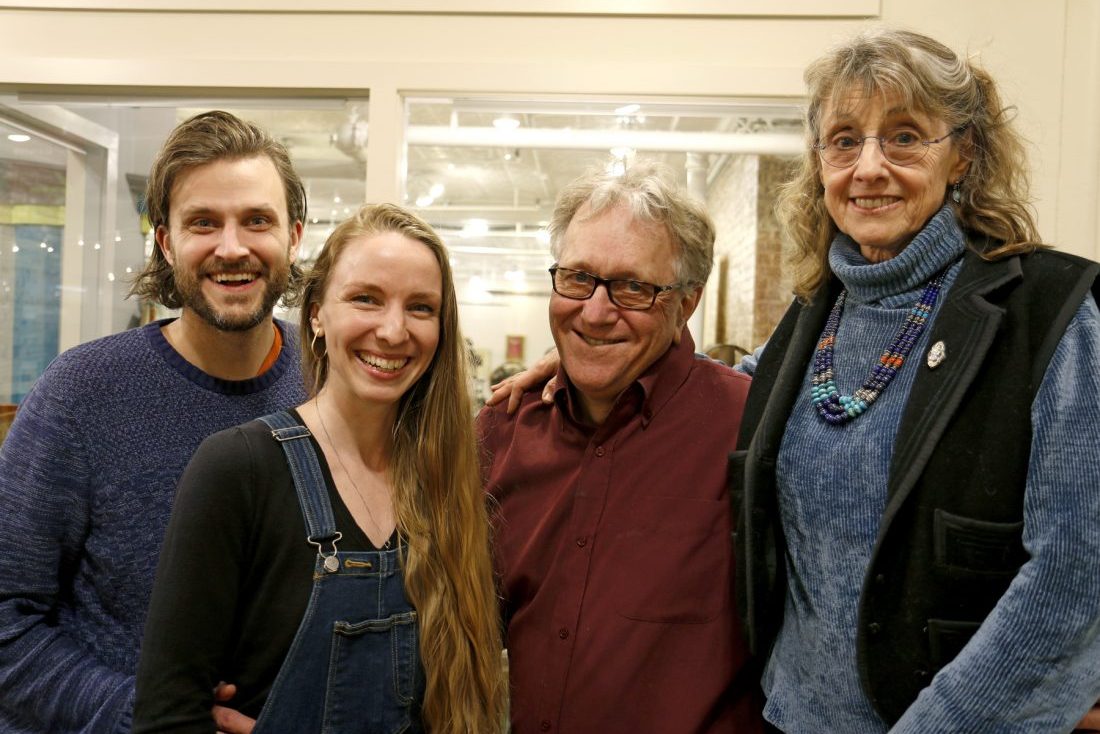 NORTHAMPTON—Cornucopia, a natural foods store in Thornes Marketplace since June 1980, changed hands for the first time on March 18, when co-owners Bud Stockwell and Sydney Flum-Stockwell sold the business to two employees, also a husband-and-wife team.

Nate Clifford and Jade Jump of South Hadley bought Cornucopia and Stockwell’s secondary business, Heavenly Chocolate, also in Thornes, for an undisclosed amount. Clifford has worked at Cornucopia since October 2015, starting as a grocery buyer and quickly becoming general manager. Jump works in marketing for Cornucopia and is overseeing a rebrand for the store, complete with a new website and signage.

They have had their eye on ownership for several years.

“These two are the real deal,” Stockwell, 66, says, noting that he identified early on in Clifford’s employment that Clifford was an excellent candidate for an ownership transition. “Nate and Jade have a vision that meshes with ours. We wouldn’t have sold the store to someone who didn’t share our values. Plus, they have a lot of energy and are not afraid to try new things. Being younger, they have their fingers on the pulse. I look forward to seeing what they do with it.”

Clifford, 36, and Jump, 34, are nervous and excited about the endeavor, but they are clear the decision was right for them, the store, Thornes, and the wider community. “We’re the right people at the right time for this transition,” Clifford said. “We’re looking forward to making it happen and having a good time.”

As part of the sale agreement, Clifford and Jump will also take ownership of Heavenly Chocolate, on the main floor of Thornes Marketplace, which Stockwell founded in 2007 because he was looking for a new challenge.

Under the terms of the sale, Stockwell will continue to be involved in the businesses for at least one year on an as-needed basis to assist Clifford and Jump with decision-making, trouble-shooting, training and oversight.

“It’s my baby,” Stockwell said, noting he feels bittersweet about the move but feels the call to retire. “I would anticipate that whatever help they need, I’ll be here to offer it.”

Clifford said, “It’s an incredible, beautiful thing that we will have Bud here and available to us to help us avoid mistakes and pitfalls. We’re excited to have access to his brain.”

Richard Madowitz, Thornes owner and property manager, remembers Stockwell and Flum-Stockwell from the very start of the Thornes we know today. “Their contributions to Thornes and downtown Northampton cannot be overstated,” Madowitz said.

He noted that customers and fellow merchants alike will miss Stockwell—“an extremely talented and intellectually bright retailer” who offered guidance to many retailers in Thornes who were trying to solve vexing business issues. “Bud was always willing to assist our younger entrepreneurs.”

Madowitz also welcomed Clifford and Jump as tenants of Thornes. “We are glad they decided to join the Thornes community of energetic, talented and youthful entrepreneurs who we hope will become leaders in the Northampton community.”

Stockwell said that he will miss so many of Cornucopia’s regular customers. “Some of our customers from the early days have their grandchildren shopping here,” he said.

Clifford and Jump moved from the eastern part of the state in the fall of 2015. They both had worked at Cambridge Naturals, a small, independently owned natural foods store similar to Cornucopia, and looked for a like-minded business in this region.

Stockwell said he knew early on that Clifford and Jump were great candidates for buyer for their enthusiasm, openness to change, and their value system. “I felt this was the team that had the chops to run this business,” he said. “Nate and Jade have similar ethics around products and quality control,” Stockwell added. “I feel the store will continue in a way I can feel good about.”

The Stockwells opened Cornucopia on June 20, 1980, to provide high-quality natural foods, reduce packaging and serve as a resource for customers. “At that point, natural foods was a new concept,” Stockwell said, noting people who supported natural foods were often derisively called “fruits and nuts.” “The natural foods movement has come a long way.

“This business has never been just a business of transactions,” he added. “It’s been, to me, a way of changing the world, changing the climate and thinking around healthy food. Nate and Jade will definitely keep the standards high and continue to have the most knowledgeable customer service team available.”

Cornucopia was the first business on Thornes’ lower level, which Stockwell said was terrifying at the time, as there was no other draw to bring customers downstairs. In the early years, Stockwell ran the business with Flum-Stockwell, and his mother and grandmother also helped when needed.

The business now has 25 employees, 10 of whom are full time.

Clifford said he and Jump have some plans and ideas for change at Cornucopia, such as expanding the body care and supplements selections and partnering with more local food suppliers. They also plan to bring back prepped foods, such as sandwiches, which they will prepare in the Heavenly Chocolate kitchen.

Madowitz said, “Bud Stockwell has been a quiet pillar in our local business community leading by taking a thoughtful and balanced approach to the wellness of Northampton.”

Stockwell says, “I genuinely do feel proud to have been part of the community for so many years. I love Northampton. It’s such a special city. I feel blessed that I’ve been able to be a part of the vibrancy of it.”

Likewise, Jump said, “We want to double down on being involved in the community. We want to be present and involved. We’ll continue to be a dynamic place for downtown Northampton.”