In the early storytelling days 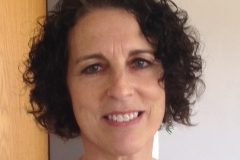 Much of my work in the early years of my business was writing stories for newspapers as well as newsletters and magazines put out by area nonprofits, colleges, and universities.

One of my first clients at that time were Jeff Harness and Janet Lavin Grant who, back in those days—the early 1990s—were the director and coordinator of special projects at the Western Mass Prevention Center, later known as the Western Mass Center for Healthy Communities.

The mission of the organization was improving community health by reducing the harmful impacts of bullying, substance use, underage drinking, violence in youth, and other key health indicators.

Jeff and Janet found me through the Valley business network and reached out because they needed help writing stories for a newsletter they printed quarterly on their organization’s work.

The publication served as a resource for raising public health awareness in Western Massachusetts and illustrated the ways in which the individuals, schools, nonprofits, and community groups the Prevention Center staff worked with were changing lives.

The center’s newsletter was a glossy printed piece with colorful photos and stories of transformation. It was one of the tools they had at the time to stay connected to their industry partners and inform the people they served. (This was back in the days before the internet and software that made print publications all but obsolete.)

Janet oversaw the newsletter. She was the keeper of the knowledge on what stories we would tell, and she introduced me to the people I would interview and gave me an overview of what I should be writing about.

“Janice was wonderful to work with in every way,” she told my intern Gabby in a recent interview. “She was very professional yet had an easy-going manner that always assured me that the newsletter was in capable hands. I was very happy with the results the whole time we worked together.”

Janet and I worked on the newsletter for several years, until state funding for such initiatives was cut and the newsletter was halted. It was a pleasure to have had the opportunity to tell stories that let people know about important work going on in the public health arena in the region.

Janet now works as a community health coordinator at Holyoke Community College. Jeff serves as the director of community health and government relations for Cooley Dickinson Health Care. Every so often, I am lucky enough to get to see them again.

In 2016, I wrote a story about Janet for Holyoke Community College, when it became the first area institution to unveil a Community Health Worker certificate program that Janet was leading at three area locations.

I rang in 2018 with Janet and Jeff and had a chance to catch up! I also often see Jeff at Arrive @ 5s for the Greater Northampton Chamber of Commerce and other community gatherings.

While we no longer have reason to partner together on projects, they support me in my work, and I continue to admire theirs. Says Janet, “Congratulations on 20 very successful years in business, Janice, and best wishes for your continued success!”