From Cleaning Golf Clubs to Working as a PGA Pro 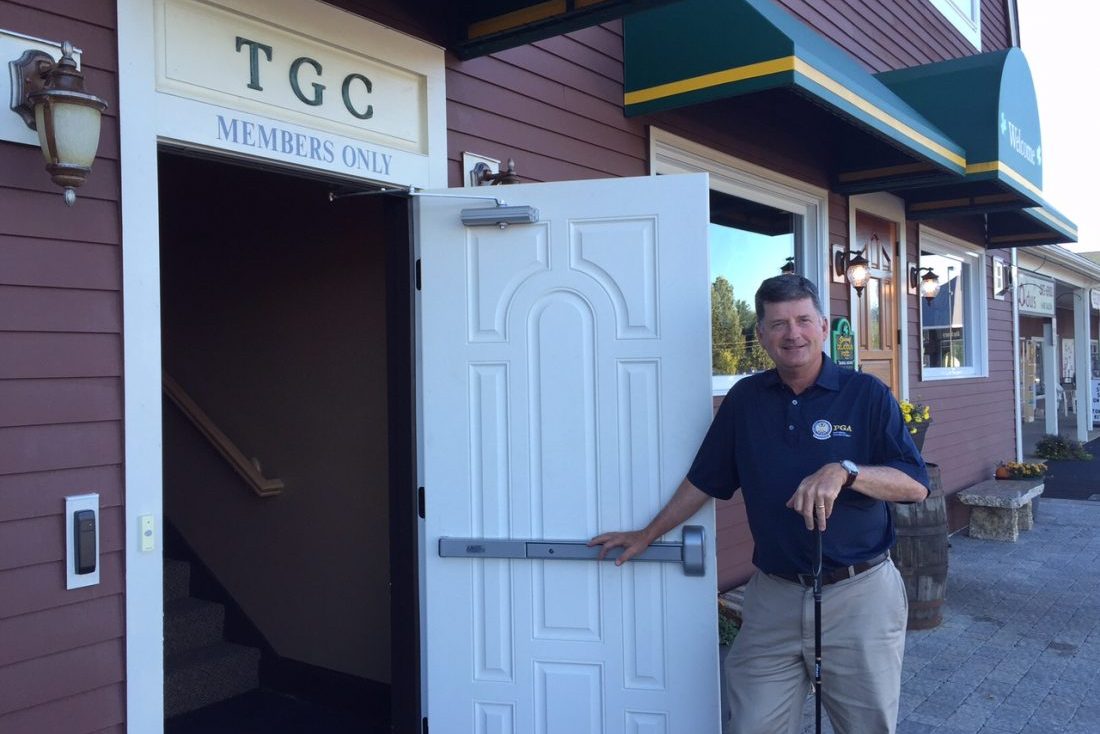 GILFORD—Dan Wilkins has been playing golf up and down the East Coast since he was a teen. Back in the fall of 2012, he and Patrick’s Pub & Eatery Co-Owner Allan Beetle were hiking together when talk turned to creating a business around the game.

The two friends—and golf buddies—got excited about the possibilities and brainstormed an idea that became The Golf Club at Patrick’s Place less than three months later. In the six years since, Wilkins has served as pro and manager for the virtual venue above the restaurant—the only private club of its kind in the region.

“This is a great way for me to stay involved in the golf world and continue to play competitively,” said Wilkins, a PGA professional for 25 years.

The indoor club at Patrick’s features three state-of-the-art simulators, offering nearly 50 choices of courses to play, many of which are based on real courses the pros play; others are fantasy courses designed to maximize the indoor golf experience.

Beetle said that as outdoor courses close for the season, The Golf Club launches into its busiest time, providing a comfortable place for golfers to relax, compete, and network all winter long.

“What makes it unique is it’s open 24 hours a day, 365 days a year,” Wilkins said. “People can come in when they get off work at 6 or 7 a.m., or at midnight. It makes it convenient for a lot of different people.

“Plus, it’s BYOB,” Wilkins said. “That’s a big draw. People can bring their own food and beverages, or they can order take out from Patrick’s Pub & Eatery downstairs.”

The club’s approximately 220 members each have their own pass key and can reserve a simulator via the club’s website. Wilkins is available to help new members understand how the simulators work, and he oversees the leagues.

Wilkins got started in the game by cleaning clubs at the Laconia Country Club when he was 13 years old.

The club pro back then, Norman “Bud” Levasseur, encouraged Wilkins to get involved competitively, so Wilkins worked on his game and played on the Laconia High School and Jacksonville University golf teams.

“It’s the challenge of it that got me hooked,” Wilkins recalled. “It’s a difficult game. It’s probably more mental than people want to admit. You have to learn to keep your emotions in check when things go south. It’s a game people can play their entire lives.”

After graduating from Jacksonville University, Wilkins qualified for the U.S. Amateur Championship in 1982 and won the New Hampshire amateur tour in 1983. When he was unable to play on the PGA tour, he returned to Laconia and began selling insurance, but golf remained a big draw for him.

Pike Industries agreed to sponsor Wilkins to play on mini tours in Florida in 1987, and he later landed a job in Florida as pro at a country club, where he stayed for 10 years. He came back to the region in 2001 and served as the pro at the Laconia Country Club for 11 years.

Annual membership fees at The Golf Club are $250 for an individual, and spouses can be added for an additional $200. Simulator fees are $18 per hour Monday through Friday before noon, and $32 per hour after noon. On Saturdays and Sundays, the fees are $32 per hour.