Penning a Newspaper Story from the Heart 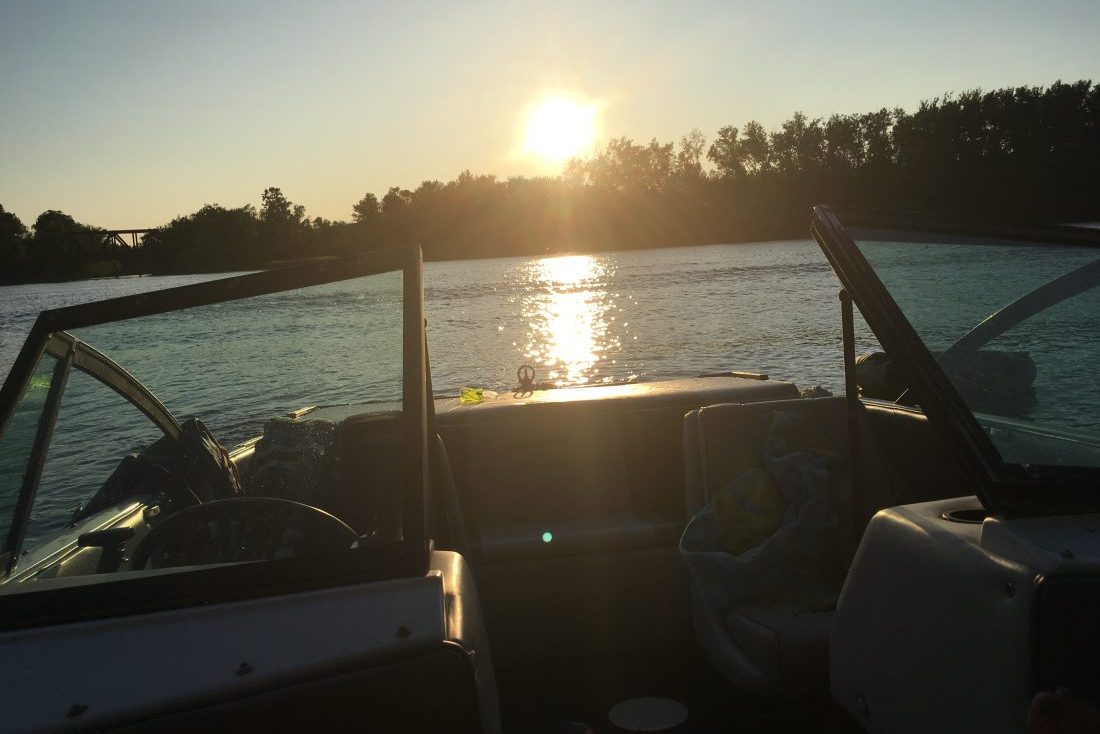 I have started writing feature stories for the Laconia Daily Sun in Laconia, New Hampshire. It was super fun to pen this piece about taking the boater safety course earlier this summer.

I learned to drive a boat only a few years after I learned how to write my name and memorize the multiplication tables. I had an aluminum boat with a 12-horse Evinrude on the back; every day in the summer, I’d push it off the sand at our summer camp on the southern end of Lake Winnisquam and drive to the post office near Mosquito Bridge to pick up the family’s mail.

I learned everything I know about boating from my father, Harvey Beetle, and my two older brothers, Jeff and Allan. I thought I had a good knowledge foundation. So, when I signed up for the June 1 Boating Education course offered in Concord by the New Hampshire Department of Safety, I packed my laptop, thinking I might do a little multi-tasking.

I learned in the first five minutes that there were significant gaps in my knowledge—through no fault of my dad or brothers—and that, if I wanted to pass the exam at the end of the day, I needed to pay close attention.

The realization came when our instructor, Richard Horner, held a plastic boat in front of him. As he pointed to its parts, my voice was among those—about 25 in all—calling out the names “Bow.” “Stern.” “Starboard.” “Port.”

Horner lost me at “beam”—the area from one gunwale, over the top to the other—and “freeboard”—the part of the craft from the water line up. For the next six hours, I listened intently, took notes and worried that I would not retain all the material for the test at day’s end.

Seventeen years ago, the state’s boating education law went into effect. It mandates that everyone 16 years of age and older who operates a motorboat over 25 horsepower on New Hampshire waters must have a boating education certificate.

Since then, the Department of Safety has issued roughly 231,000 certificates, Horner told us.

With a goal of safety for these masses on New Hampshire’s waterways, the course offers a broad-stroke, thorough education that ranges from etiquette and technique in launching a boat on a trailer to navigation rules and traffic laws to primers on flotation devices, visual distress signals, and buoys. The exam covers the same ground in 60 questions. Individuals cannot get more than 12 wrong to pass.

The most sobering learning for me—literally—was the information Horner offered around drinking and operating a boat.

Persons convicted of boating under the influence (BWI) lose the privilege to operate a vessel for one year, and the BWI conviction becomes part of their motor vehicle driving record. Horner said a fine is levied, and the on-road driver’s license is revoked for a period between nine months and two years.

This all not to mention the fact that Horner told us that alcohol is a factor in a majority of boating accidents and fatalities. Made me nauseous, and cautious.

My other biggest learning was in knowing what to do when encountering a boat at a perpendicular or other odd angle. I know that when approaching one another head on, boats keep to the right, and that a faster boat can pass on either side when taking over another craft from behind. These are really the only scenarios I experience on the narrow Connecticut River in Western Mass, where I boat most often.

Horner gave us an easy way to determine what to do when coming upon boats at other angles.

First, he connected in our minds that the green in the bow light is on the starboard side, and green means go. Red is on the port side—think port wine, he told us—and red means go.

So, when approaching a boat on its starboard side, you have the green light and can stand on—or continue on the same course. If you are coming up on port side, you must give way.

Horner offered his information via two booklets he handed out at the start, several videos, and some old-fashioned lecture.

I didn’t learn much about Horner’s background, but he told us he’s been in the field for decades and that he has boated on all kinds of waterways. He looked to be over six-feet tall, was imposing, and commanded respect. He was also friendly, clear, and respectful.

He gave ample hints, offering some answers on the test repeatedly. He told us at least a half dozen times over the course of the day that boaters must run the blower for four minutes before starting the engine, for instance. Sure enough, I knew that answer when I saw the question. Not one. Not five. Four.

If you attend the course and listen, you will do well.

I am in the process of buying a home in New Hampshire. This was my motivator for taking the test.

I passed with a 95, but I sweated it out a bit. I found some of the questions to be ambiguous. And in some cases, I just plain didn’t know the answer. I believe I missed three or four of the 60.

I’m fairly certain if I had attempted to pass via the online exam, I would not have done nearly as well. I relied on Horner’s hints.

I wish I had taken the course when it was first offered. It well-rounded out my knowledge.

I have made a few changes on the boat I keep on the river in Western Mass since taking the course. I’ve tied a line to my Type IV flotation device (which I have called a “cushion” my whole life). I purchased a new fire extinguisher after knowing I needed to check the expiration date on mine, and I added a first-aid kit to the items I keep on board.

Two ways to earn a certificate

I highly recommend taking the Boating Education class as the most efficient and sure way to get a boating certificate in New Hampshire. Visit https://register-ed.com/programs/newhampshire/174 for the schedule of classes, dates, and location.

Complete an online course. If you pass, you must then take a proctored exam to receive a certificate card. Learn more about the online course at https://www.boat-ed.com/newhampshire/.

Please let me know if you have a suggestion for a story I could pen for the Laconia Daily Sun, or recommend a business owner I could feature in my column, Voices of the Valley, which runs on occasional Mondays in the Springfield Republican.