Privileged to Have a Window into So Many Worlds 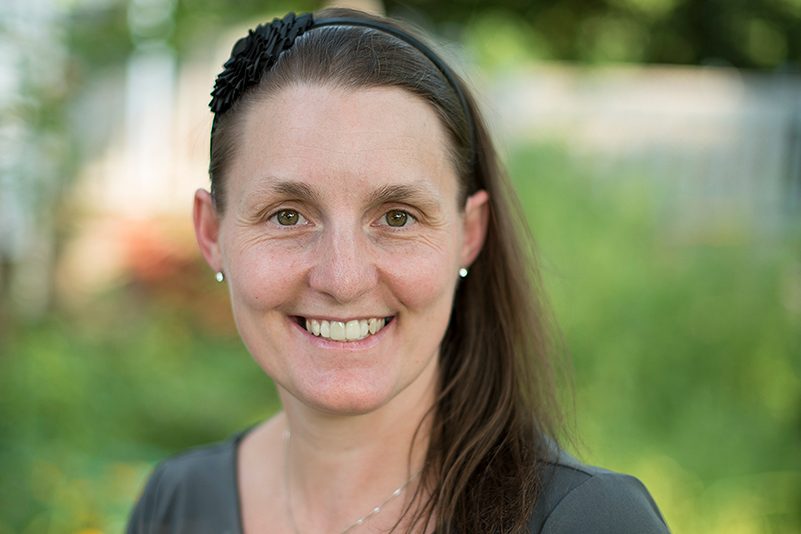 As I launched my career as a journalist over 30 years ago, the part of the work that made me most anxious was interviewing people, asking questions. I was painfully shy back then and had also yet to understand that good interviews form the basis for good stories, and good stories educate, entertain, and inspire.

In my work today, I see interviewing people as a privilege. For 30, 60 or 90 minutes, I have the unique opportunity to sit with perfect strangers and ask them deeply personal questions about their lives. I have heard stories of love and loss, ingenuity, luck, perseverance, need, and transformation.

It is those stories of change, in which people move from difficulty to stability, that I find most rewarding, and those stories come through in my work with all kinds of clients, from those in the for-profit sector, such as Florence Bank or Patrick’s Pub & Eatery, to nonprofits such as Glenmeadow and United Way.

This summer, I was honored to be asked to tell the stories that would be held in the Campaign Report 2018 for United Way of Hampshire County, which brings advocates for social justice together to bring about real, long-lasting change in our region.

In August, I interviewed Melissa Jensen of Montgomery and Sage Inglis of Easthampton, who have each been served by United Way partners and each have a story of hope.

Melissa’s compromised health had led to financial woes for her family of four, and her two children also have serious health diagnoses. Over the past eight years, every member of her family has been served in multiple ways by United Way of Hampshire County’s partner, the Hilltown Community Health Center.

Staff helped Melissa access disability payments, as well as parenting education and a wide range of health services for her and her husband. When Melissa was recovering from various operations, the center sent someone to her home to help with chores. Rides were also provided.

“They’ve helped in so many ways,” Melissa says. “I really don’t know what I would have done without the center. I feel safe and confident, going to talk to someone at the community center, knowing no one is judging me. Staff are there to help, and they care, and they want everyone to be happy.”

Sage was the single mother of four children under 8 in June 2016, when she headed to Easthampton from Maine as the hopeful candidate for a job here. Upon arrival, she found the home she’d rented was caught in a long-term probate snag, forcing her to move into a friend’s house. Sage slept on the living room sofa, her children on the floor.

“It felt like a crisis,” says Sage, who was able to find a landlord to rent property to a single mom with no job after several weeks. She was also later hired for the job she moved here to hold.

That first year in the Valley was difficult for Sage, though. The Easthampton Community Center, funded in part by United Way, offered everything from referrals to area professionals to donations of food and clothing and karate classes for her children.

“In the dozens of times I’ve been there, the center never failed to be helpful,” says Sage, who now lives with her new husband, Dan, and their children in a home in Easthampton.

Sage told me her story as I sat with her at her kitchen table; her son nibbled on Goldfish as we talked. I saw that Sage is absolutely awed to be stable, comfortable, happy.

In her gratitude, she gives to organizations that served her when she was in need. “I’m trying to pay it forward,” says Sage.