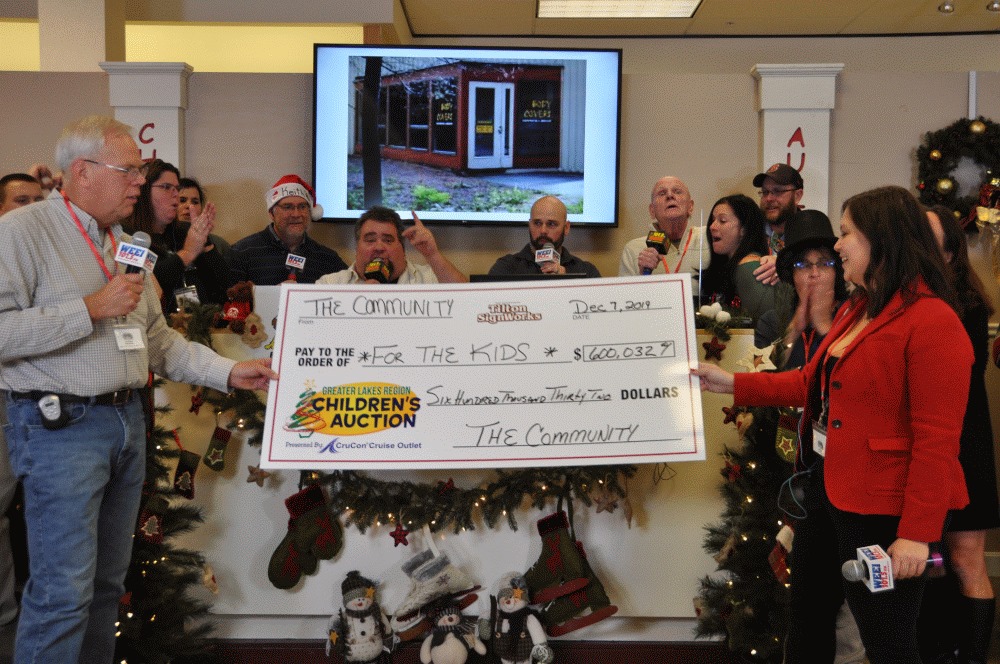 Note: I write blogs and press releases for the Greater Lakes Regional Children’s Auction in Laconia, New Hampshire. It’s an organization that raises money year round for children and families in need. Each month, the Auction names an Auction Champion. I wrote this blog about the May Champion, Al Mitchell.

The Greater Lakes Region Children’s Auction has an impressive stage and set that includes desks, furniture, white boards, IT equipment, and supplies galore. What some people might not think about is that when the auction is over for another year each December, this stuff has to get tucked away somewhere for twelve months.

Al owns Belmont Self Storage, as well as A.E. Mitchell Corp., a development and construction company. Since 2002, he has provided the Children’s Auction with a free place to store its equipment.

The two units, which together offer roughly 500 square feet of storage space, would cost about $330 per month if the Auction had to pay for the service. Annually, the cost would be almost $4,000, meaning that, over the past 18 years, Al has saved the Auction about $72,000.

“There are so many ways you can be involved in supporting the Children’s Auction during the year,” Al says. “Providing a place to store everything they need—that something I can do.”

Al doesn’t remember how his arrangement with the Children’s Auction began. “All I know is they needed space, and I gave it,” he says, adding that offering the storage units hasn’t been his only contribution.

He and his wife, Marjo, donate gifts and toys, and his construction company has donated gift certificates for loads of gravel, stone, and loam. Al and Marjo also participate in year-round fundraisers for the Children’s Auction, with Al taking part in motorcycle rides and Marjo joining in a walk on the WOW Trail organized by Berkshire Hathaway HomeServices Verani Realty.

All of the Auction Champions make a difference in their own way. Because of them, the fundraiser has continued to be even more successful for each of its 38 years. Each December, the fundraising record is routinely shattered, with the 2019 Auction bringing in an all-time high of $600,032.

That goes a long way toward helping children and families in the Greater Lakes Region.

“Thanks to all the pieces of the puzzle coming together and all the people in the background, saving the organization money a little bit at a time, the Children’s Auction is able to help more people who need it,” Al says.

He adds, “The two storage units I provide—and possibly a larger unit in the future, as the Auction continues to grow—support a good cause, and it needs to be done. It’s all about them saving money that they can give to those who truly need it.”