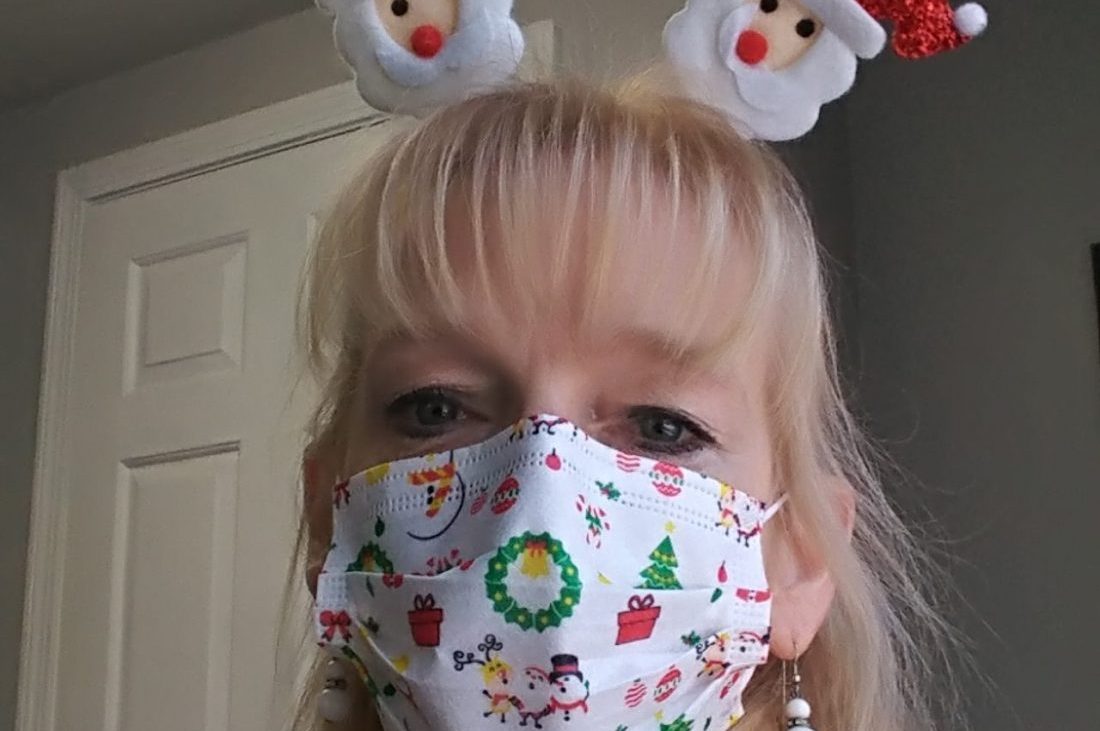 LACONIA—Holly Andrews has a Children’s Auction wardrobe. She pulls it out every December for the event, wearing a different holiday dress or festive piece of clothing each of the five days she volunteers.

In 2020, Andrews even had a holiday mask with matching headband.

The garb the Meredith resident wears to her shifts at the Greater Lakes Region Children’s Auction is only a small piece of the pleasure she gets out of being a longtime volunteer, though. She loves the event’s hustle and bustle—the clanging of the cow bells, the jingle bells, Santa hats, and the high spirits that come with doing something for the good of community.

“I love the Auction because it recharges my charitable batteries for the year,” Andrews said. “I really get filled up with giving back during that time.”

Back in 1993, when Andrews first volunteered for the Auction, she was working at Meredith Village Savings Bank, and she was pregnant with her first child. The bank held a raffle of sorts for employees who wanted to volunteer for a time slot; the bank paid them for the hour they spent. Andrews was interested and put her name in.

For many years, when Andrews was a bank teller, she volunteered in this way and worked either as a cashier or on the phone bank. As her two children grew, she got them involved in the Auction as well. Heather and Kyle went shopping with Andrews, and they purchased items to donate. Heather later attended the Huot Career and Technical Center and helped run the video cameras at the event.

“She really loved that,” Andrews remembered, noting both kids are grown now.

Andrews works for New Hampshire Mutual Bank Corporation now, and her area of expertise is in IRAs and health savings accounts. Each year, she takes a week of vacation and works as a cashier with Jennifer McGreevy.

Because her work skills do not involve a lot of math, Andrews appreciates the computer. “People assume I’m good at math, but really, the computer is my life saver,” she said.

This year, given the COVID-19 pandemic and the scaled back attendance it forced on the Auction and its volunteers, Andrews worked alongside McGreevy, Diane Alting, and Lisa Cornish in the box office building at the Bank of New Hampshire Pavilion. Other volunteers were in a separate building at the pavilion space, and McGreevy ran back and forth between the two.

“It was different,” Andrews said, explaining that with the COVID-19 restrictions, people could not gather live. Still, the community took part in a lively way, and the results show it.

“I was blown away by the amount of money that was raised,” she said. “I thought for sure it would be much lower than it was. We had no idea how the system would work, and if community members would be spending money. I thought the outcome was fabulous.”

Learn more about the auction at www.ChildrensAuction.com, where you can discover more about sponsorship opportunities and ways to donate.