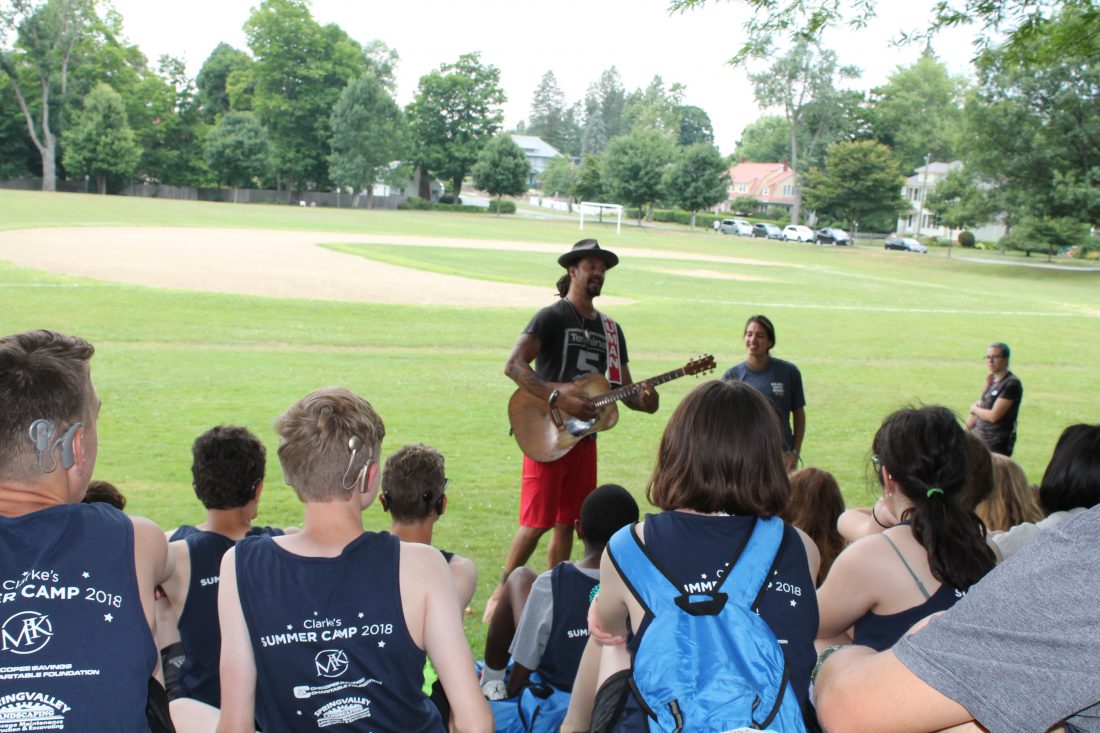 This year has been a great year of growth for me and for clients of Beetle Press.

I have been expanding my media work, collaborating with clients who have a broader reach and also working for my brother Allan, who runs a restaurant and is a philanthropist and activist in the Lakes Region of New Hampshire.

It’s quite fun for me to see headlines popping in Boston, Philadelphia, Seattle, Washington; and Gilford, New Hampshire.

Clarke Schools for Hearing and Speech

In partnership with Clarke, last year and in 2018, I have prepared—and in some cases, distributed—releases sent to media located near Clarke campuses in Boston, New York City, Philadelphia, and Jacksonville, Florida, as well as in this region.

Last year, we got some great coverage about Clarke Boston from The Patriot Ledger and in other print publications in eastern Massachusetts.

This year, we’ve made some great headlines together in Philadelphia. In July, I prepared a media advisory that went to media in Philadelphia; the focus was a music teacher from New Jersey who owns a dog who can’t hear. Chris Hannah visited Clarke with his dog to talk about differences, acceptance, and inclusion and to read from a book he penned called “The Adventures of Captain Cochlear and Maestro Mutt.”

The media response to the advisory was tremendous. ABC, NBC, and KYW Newsradio covered the story.

This summer, I also prepared and distributed press releases for Zoar Outdoor in Charlemont.

One focused on women in the adventure industry—specifically two women at Zoar, Vivian Black, a rafting guide, and Rachel Maestri Hailey, Zoar’s canopy tour manager. It was picked up across the country by The Seattle Lesbian; see their coverage here!

A second release I prepared for Zoar, on its thorough training of five new guides who now lead the canopy tour experience, triggered gonomad.com to visit Zoar and write a feature story about the canopy tour.

About a month ago, I began writing blogs for Patrick’s Pub & Eatery in Gilford, New Hampshire, which is owned by my two brothers, Allan and Jeff Beetle.

I repurposed one blog about a local businessman who sets up shop near the Winni Scenic Trail and the WOW Trail and sent it out to New Hampshire media. In the release, Brian Baxter, the owner of BB’s Hot Bites -N- Cool Delights talks about the boon that the bike paths are for the local economy.

Last week, a new colleague I’ve met at WEMJ in Laconia, New Hampshire, radio personality Pat Kelly, put Brian on his morning show, Good Morning New Hampshire, and talked with him about his business, the bike trails, my brother’s business, and other local topics. It was great fun to hear; Pat is a very engaging journalist.

And on Aug. 23, The Gilford Steamer, a newspaper in Gilford, New Hampshire, picked the release up in full, in print on page A6, complete with a large photo of Brian.

I will continue this expanded work and would be happy to talk with you, if you think you have a story that might be worthy of a broader reach. Feel free to start a conversation!