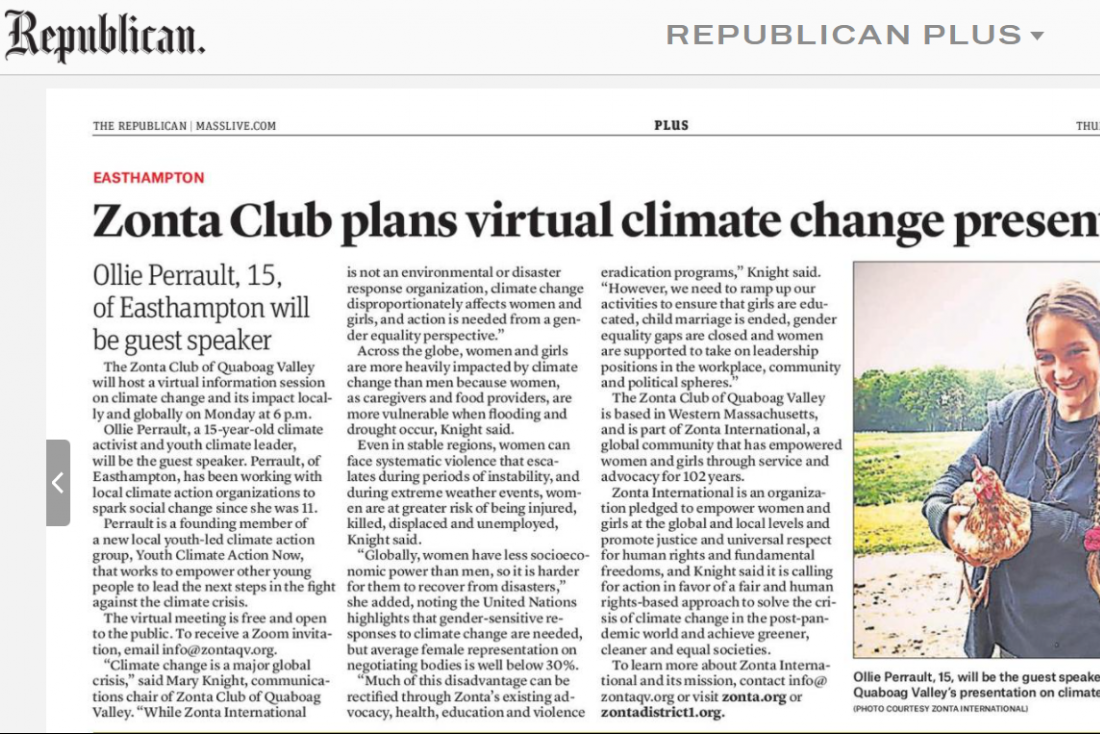 A few weeks ago, I blogged about the Media Consults I offer to professionals of all types who want to either learn basic PR skills or refine the skills they already have. Shortly after the blog was posted, I received an email from Mary Knight, the communications chairman for Zonta International District 1.

As the head of her local Zonta chapter, Mary oversees all PR efforts. She had a great event planned and wanted to invite community members to take part, but in the past, she had written and distributed press releases but got no pick-up.

Mary wanted to increase her chances for success.

In half an hour, I met with Mary on a Zoom call and taught her the basics in a consult. We reviewed a press release she had penned, and I edited it with her by sharing my screen, so she could see what I was doing and follow along.

I helped Mary with everything from developing the content of the release to understanding the strategy of distributing her release to key media in Western Massachusetts. About a week after Mary sent the release we’d worked on, I began to see it get picked up—first in The Republican and BusinessWest.

Mary emailed me to say, “Meeting with you was a home run. All six of the publications contacted printed my press release! A first!”

Next week, I’ll offer a Q and A with Mary so you can learn more about her organization and the Media Consult. She talks about what she learned, specifically.

I really enjoy doing Media Consults; the work brings out the professor wannabe in me and gives me pleasure to teach others a skill that is second nature to me.

If you’d like to schedule a Media Consult, email me!