A Q and A on a Media Consult Experience 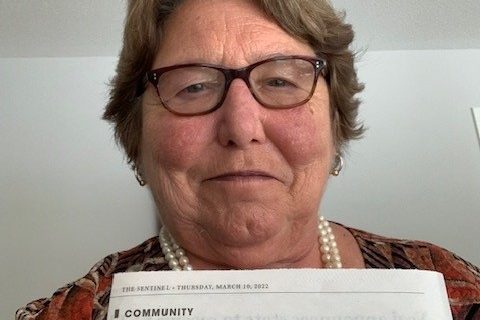 Last week, I blogged about the Media Consult I led with Mary Knight, the communications chairman for Zonta International District 1. Today, you can hear from Mary directly about her organization and what she learned in the consult.

What is Zonta, and what inspires you to take part?

Zonta is an international organization, and our purpose is to empower women and girls to be the best they can be. We work around the world in a number of different avenues, including crises such as trafficking and domestic violence, helping women to reach a higher level of decision-making. We’re working in Massachusetts, especially on stopping child marriage. Girls as young as 12 or 13 can get married in the state, and we’re trying to move that age to 18. The work is truly inspiring.

What prompted you to reach out to Janice recently for help?

I was charged with doing a training and putting together a tool for the individuals who are in charge of communications for each of our clubs throughout the district—New England states and Nova Scotia. I felt a little bit uncomfortable doing it on my own. So, I contacted Janice for tips and ideas. She was easy to work with.

You took part in a Media Consult. How was that structured, and what did you learn?

It was structured just as I needed it to be, working on an existing document and going through it step by step, and rearranging things. Frankly, in 30 minutes, Janice was able to help impart best practices, tips, lessons learned. I was really inspired. I gave her a press release I was working on at the time, and we used that as the basis for our 30 minutes. Together, we constructed the press release, and as we went through it, Janice explained why she was recommending her edits and changes. Then she helped me send it to the key people in the area and in the format they would want it in. It worked! The release was picked up by all six publications I sent it to. It was wonderful, and I really learned a lot. Through that work with Janice, I was able to put a template together and some notes so that I could train others.

What value did you find in the consult?

It was invaluable. I’ve sent a lot of news releases over the years, and they were not picked up by the editors and used in publications. I learned why. This was a big deal. I learned how to make sure that your first sentence offers a summary of who, what, where, when, and why. I learned what material to use in quotes. I learned how to properly send information to a specific editor as opposed to just a general email address. And I also learned to include the text of the press release in the email and attach it and that you shouldn’t embed pictures but instead attach them. I learned a lot!

Did you learn skills that you will now always have?

Who else do you think might benefit from a Media Consult?

Frankly, I think anybody who does not do media relations, newsletters, news releases on a regular basis would really benefit. Janice has an awful lot to offer and learning what I learned in 30 minutes is a great return on my investment. Anybody who doesn’t do this regularly for a living and wants to be better would benefit from working with Janice.

Anything else you think readers of Janice’s blog would like to know?

The thing I really liked about Janice is that she is really straightforward. She doesn’t pull any punches, and you know she is certainly a kind person to work with. I highly recommend her.