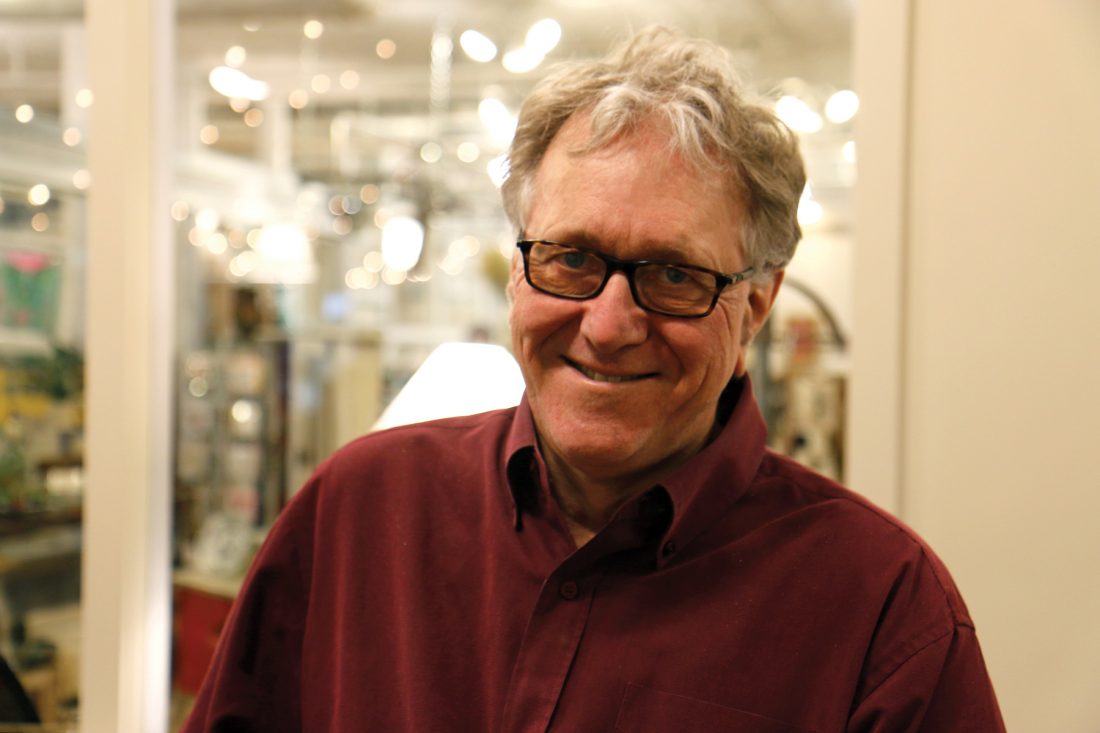 I may have mentioned a time—or seven—that one of the things I value about my work is writing about businesspeople and community leaders in my own region.

Thornes Marketplace is one of my clients, and this year, I had the chance to tell the stories of two businesses changing hands within its walls. Cornucopia, a natural foods store that’s been here since June 1980, changed hands for the first time in March, and later the same month, Captain Candy was also sold to a new owner.

Cornucopia co-owners Bud Stockwell and Sydney Flum-Stockwell sold the business to two employees, Nate Clifford and Jade Jump of South Hadley. Nolan Anaya, the owner of Captain Candy on the lower level of Thornes, sold to Levi Smith, an 18-year-old entrepreneur from Chesterfield.

I had the privilege of interviewing Bud—an icon for decades in downtown Northampton—and Nate and Jade, who are young and full of energy and ideas. I spoke, too, with Nolan and Levi; Nolan told me about how Captain Candy got its start, and Levi talked about his entrepreneurial family and his dream of running a business.

Bud told me that he and his wife opened Cornucopia on June 20, 1980, to provide high-quality natural foods, reduce packaging, and serve as a resource for customers. He said natural foods was a new concept back them, and owners of natural food stores, like him, were called “fruits and nuts.”

I felt his commitment to the business as I listened to him tell the story of growth over the years, as well as his sadness over retiring. He said, though, that he knew early on when Nate and Jade came to work with him that they were great candidates for a buyer for their enthusiasm, openness to change, and their value system.

“I felt this was the team that had the chops to run this business,” he said. “The store will continue in a way I can feel good about.”

If you’ve purchased chocolates in recent years from the vendor on the street level of Thornes, Heavenly Chocolate, you might be surprised to learn that Bud owned that as well, and now Nate and Jade do. Bud developed it in 2007. Cornucopia, as he said, was “humming along,” and Bud needed a new challenge.

He bought the inventory of a chocolate store going out of business and taught himself the craft.

For at least a year, Bud will assist Nate and Jade with the transition, helping them learn how to make chocolates, too, and how to run Cornucopia. He will ease into retirement with Sydney.

For Nolan, the former owner of Captain Candy, selling the business wasn’t about retiring. Nolan is 57, and he plans to make and sell T-shirts at Grateful Dead concerts and other musical performances.

While I love Cornucopia and its wholesome and organic products, Captain Candy captures my sweet tooth with its wide array of retro candies like the kind I used to buy when I was a kid—candy cigarettes, Turkish Taffy, wax bottles full of juice.

Levi was working in nearby Acme Surplus in Thornes when he learned on bizbuysell.com that Captain Candy was for sale and contacted Nolan. Entrepreneurship is in his DNA since his grandfather owns R&R Window Contractors, Inc., in Easthampton, and his family has long been involved in the business.

“My grandfather has taught me what it’s like to run a business,” Levi told me. “I’ve always been interested in business myself. A candy store has a lot of appeal.”

I’m excited to watch the next generation of Thornes entrepreneurs. I will stop in on them when I am shopping or otherwise poking around downtown.

I hope you do too! Pop into Thornes to wish Nate, Jade, and Levi well. They will help to build the future of downtown Northampton, and they could use our support!

Read the full press release about the sale of Cornucopia.

Read the release on the sale of Captain Candy.