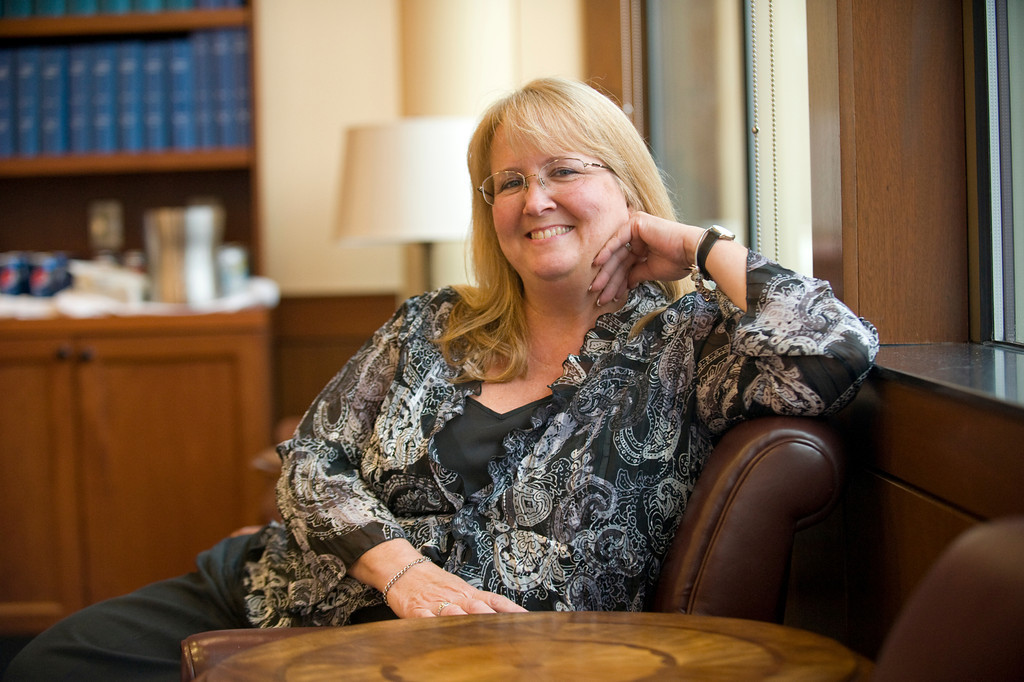 As an alumna of Westfield State University, I think back to the days when I was trekking across the green from class to class, soaking in knowledge, socializing, and connecting with mentors who helped me find the way forward.

I think of my college days most often when I visit the campus for a meeting with the University staff, with whom I partner to put out two issues of Focus magazine each year. I’ve been the editor of this alumni publication for 17 years, since 2002, so Westfield State remains an important facet of my life.

Kathi Bradford is one of the dozen or so staff members with whom I collaborate to produce the magazine. The director of Alumni Relations, Kathi is someone I have known for decades as a professional. But I met Kathi way back when I was a student in the mid-1980s.

Recently, my intern Nick interviewed Kathi about her tenure at Westfield State. They talked both about Kathi’s work and our longtime relationship, which has evolved over the years.

Kathi has been at my alma mater, which was a college when I attended it, for 38 years. She came on board as a residence director after graduating from the State University of New York at Albany in 1980. Her work in those early years was overseeing the daily happenings in Scanlon Hall, where I lived from 1981 to 1984.

Kathi told Nick she was not sure if she and I met at Scanlon or in another context on campus. “We can’t determine how we first met because Janice was always involved in everything,” Kathy says.

I think that’s funny, as the same can be said of Kathi! In addition to working as an RD, she was heavily involved as an advisor of the Musical Theatre Guild, in which I spent many semesters singing and dancing in musicals such as “Grease,” “Jesus Christ Superstar,” and “Mame.” I was also the choreographer for “Cabaret.”

I also wrote for the university newspaper, then called The Owl, and Kathi had her hands in that as well.

My work with Kathi is now solely focused around the magazine. She and I are part of an editorial team that guides the content of each issue by determining who and what we should be writing about. Focus is important to this group because it’s a tool that helps staff raise awareness about positive changes on campus as well as the University’s strengths and fundraising goals.

As Kathi says, “The publication is an important way to help alumni stay connected and feel a part of the University without physically being here.”

She told Nick she enjoys working with me. “Janice is creative and organized,” she says. “She knows what stories are worth fleshing out, and which other ones could use a trimming.”

Kathi writes the News & Notes section of Focus, and she also is integrally involved in suggesting alumni and students for us to interview and feature. Kathi works diligently to maintain relationships with alumni. She travels across the country, planning and hosting outings with alumni groups. Kathi has also led international trips for students.

Students, staff, and alumni all count Kathi among those who inspired them and kept them feeling connected to Westfield State. I am proud of the work she does and appreciate her energy, spirit, and dedication. I hope our University ties will keep us connected for many years.