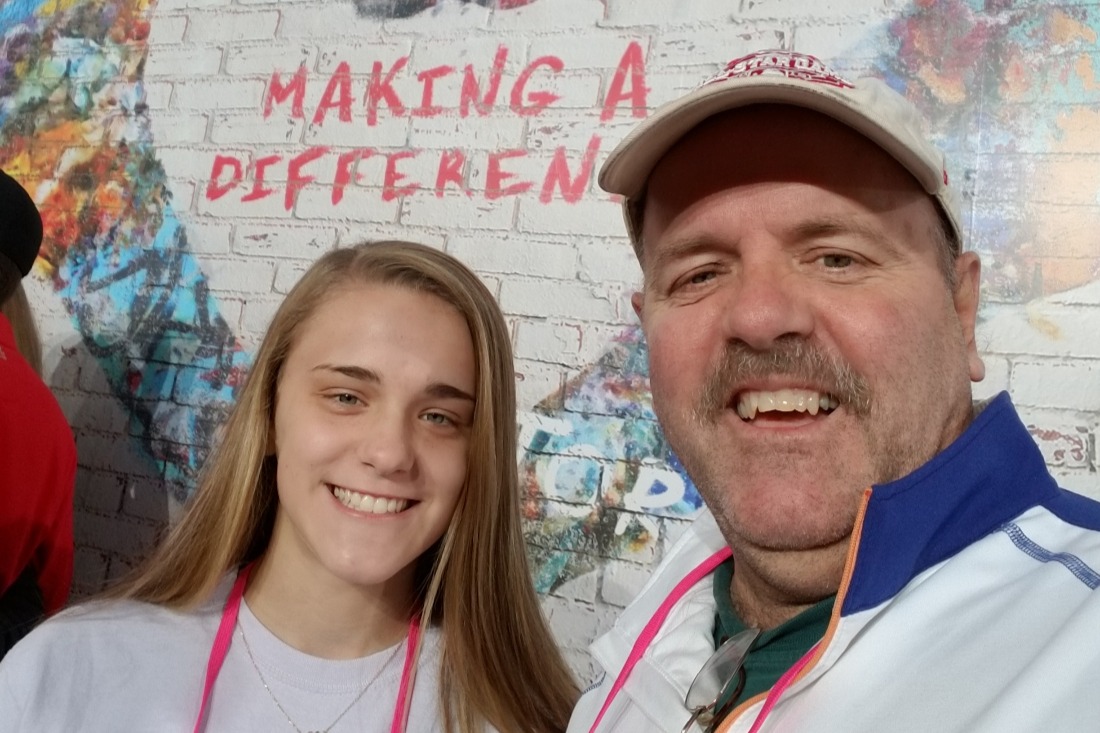 HATFIELD, MASSACHUSETTS—As a longtime tour guide, John Werner has seen firsthand how Sports Travel and Tours trips bring together people of all ages and walks of life. At the end of 2017, the sports travel agency brought three generations of his family together for the Rose Bowl Parade, marking the first time Werner has traveled with them as a guest.

“I traveled with my brother Daniel, my 13-year-old daughter Elizabeth, and my 83-year-old mother, Henrietta, who had been dreaming for years about going to Pasadena and seeing the Tournament of Roses Parade live,” said Werner, of Newark, Delaware. “There was something for all three generations to love over the course of a full, four-day agenda.”

Whether your partner in travel is 16 or 60, one of Sports Travel and Tours’ six travel packages to see the Rose Bowl or the renowned parade is the perfect way to ring in 2020.

Werner selected a four-day trip for his family, adding on an extra day to visit with relatives on the West Coast. Not only did Werner want to help his mother check seeing the Rose Bowl Parade in person off her bucket list, but he wanted to bring his family’s East Coast and West Coast halves together.

The football game wasn’t on their to-do list, but Werner said the parade and witnessing volunteers’ float-building efforts on New Year’s Eve was awe-inspiring. “We strolled through the pre-parade float barns, where volunteers were working on 10 or 12 floats,” he recounted. “They were decorating them with real flowers and seeds. It was so interesting to watch the process. Every little rose bud and every seed had to be glued in place. It’s truly painstaking when you realize the size of these floats.”

Being surrounded by the flowers’ fragrance and bounty of colors, especially in December, was particularly enjoyable for Werner’s mother and daughter. And viewing the floats mid-construction made seeing the finished products on New Year’s Day 2018, surrounded by a crowd of about one million people, even more meaningful.

The sight was only the beginning of the trip’s New Year’s Eve activities, though. In that one day before entering 2018, Werner and his family also enjoyed a buffet lunch in a gorgeous banquet room aboard the Queen Mary, a retired ocean liner docked on Long Beach. And they visited an aquarium and ventured out on an hour-long harbor cruise.

After the Tournament of Roses Parade on New Year’s Day, activities included a visit to The Huntington, which is home to a library, historic art displays, and botanical gardens.

Having been a tour guide with Sports Travel and Tours, based out of Hatfield, Massachusetts, since 1999, going on a trip as a guest for the first and only time—at least thus far—was a new experience for Werner. Though he said he is indeed biased, he raved about their trip planning.

“My mother, who was using a wheelchair at that point, was very anxious about traveling,” Werner said. “But the staff at Sports Travel and Tours spent time talking to her by phone about how the arrangements would work, providing a calming voice that wasn’t her son’s. All the planning was right on the button.”

This year’s three travel packages that include upper-level, end-zone tickets to the Rose Bowl itself, as well as the Tournament of Roses Parade, are:

Rose Bowl Parade and Game: Five-Day Long Beach Package. From Dec. 29 to Jan. 2, enjoy the shopping, dining and beautiful scenes of the Belmont Shore, tour the studios at Warner Bros., dine aboard the Queen Mary, and visit The Huntington.

This year’s three travel packages for only the Tournament of Roses Parade are:

Rose Bowl Parade: Four-Day Classic Experience.  From Dec. 30 to Jan. 2, choose between a tour of Warner Bros. and Hollywood, a visit to Catalina Island, or a luncheon at the Ronald Reagan Presidential Library; feast during a backyard barbecue; celebrate New Year’s Eve in a “Monte Carlo” style casino; and watch a movie under the stars.

Rose Bowl Parade: Five-Day Deluxe Experience. From Dec. 29 to Jan. 2, enjoy all the luxuries of the four-day trip, plus witness the pre-parade float decorating and squish your toes in the sand at Santa Monica Beach.

Rose Bowl Parade: Six-Day Platinum Experience. From Dec. 29 to Jan. 3, enjoy all the luxuries of the five-day trip, plus a post-parade showcase of floats and a farewell dinner cruise on the Newport Beach harbor.