A Q & A with a New Author on Inspiration, Feedback 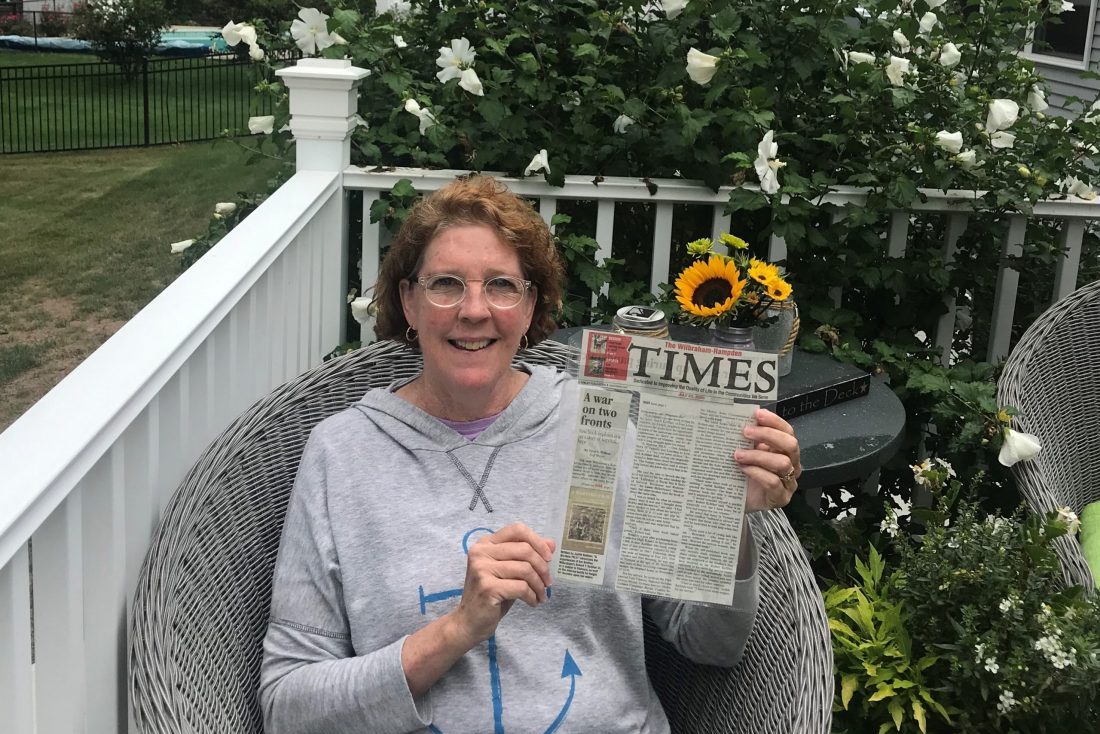 My summer intern, Olivia Greeley, a student at the University of Massachusetts, Amherst, interviewed my friend and fellow author Judith Kelliher this week about the publication of Judy’s book, “A Wartime PhD: One soldier’s story of Vietnam and learning to live again.” The book tells the story of Judy’s brother Bobby’s two tours in Vietnam. The conversation between Olivia and Judy appears below.

Olivia: What was your original reasoning for wanting to share your brother’s story through this book?

Judy: It started when my brother and I read the book “Unbroken: A World War II Story of Survival, Resilience, and Redemption” by Laura Hillenbrand, which shares a soldier’s unbelievable story of survival. Ironically, at the time, I had no idea that Bobby and I were both reading it but as I read, I realized I had never had a conversation with my brother about his time as a soldier in the Vietnam War. He had served two terms when I was very young (around 8 years old), and it was never something my family talked about, because of how hard it was for Bobby. The book was really my inspiration to sit down and have that chat with my brother. Originally, it was going to be an interview that I would write up, with zero intention of sharing it to the public, but rather for Bobby to have for himself. It was after the conversation began that we both realized Bobby had a real story to share and one that could help a lot of people struggling the same way Bobby did after returning home. That was when I made the switch from the interview to writing my book.

Olivia: Is “A Wartime PhD” like any other book that you’ve written before?

Judy: Even though I’m a writer, this is actually my first book! My background is in journalism, so I am used to writing for newspapers.

Olivia: What was the biggest difference between writing a book and writing for a newspaper?

Judy: First of all, I was always used to interviewing strangers for my articles. This time I was interviewing and writing about my brother, someone I look up to very much. The other difference was that the writing style itself is very different. I was used to writing quick, punchy language that caught the reader’s attention right away. The biggest difference of all was how afraid I became almost halfway through my writing process. I was afraid that no one would want to read it and even worse, that I wouldn’t do my brother’s story justice. I had felt these fears before in past projects but nothing at this intensity. I started making up excuses to not write and kept pushing it off. It wasn’t until I attended the Women and the Art of Risk Conference in Holyoke with a few colleagues, that I had my writing epiphany. There was a panelist there that was sharing a story about a client she had who was a writer, but they had become so afraid of failing that they no longer wanted to continue. This story resonated with me immensely, so after, I spoke with the panelist and shared with her my similar thoughts and feelings. She said to me, “celebrate how far you’ve come and how much you have written, not that you have not finished.” That was the epiphany I needed to keep going.

Olivia: What has it been like to have your book out in the world?

Judy: It ended up taking six years to finish the book, mostly because of the fear I just talked about, so right now it feels very relieving. It’s wonderful to know that people struggling with PTSD, or any mental battle at all, can read this book now and feel that they can overcome this challenge with the help of family, friends, and professionals – there is redemption and they can come out on the other side, just like Bobby. Overall, after so long, it feels remarkable.

Olivia: What is some feedback you’ve been receiving on “A Wartime PhD”?

Judy: All of the feedback really has been positive. I’ve had so many people reach out via Facebook, text, email, and in person to give their congratulations and positive remarks. Bobby and I have even received hand-written notes in the mail! A common theme in the feedback I’ve received was that readers “read it in one or two sittings” or “I couldn’t put it down!” A lot of friends of Bobby’s said they were really surprised to hear his story. The best feedback came from some of the men that Bobby had served with. He was able to reconnect with them, and they loved the story!

Olivia: Can you provide some statistics and numbers on your book sales and orders?

Judy: I did an initial print run of 300 copies, which has already sold out, so we have since ordered a new print run of 200. With the second run, I hope to do more promotion to expand my audience even further. Unfortunately, due to COVID-19, we couldn’t do a book signing or reading, but hopefully we can do that soon, with the second run.

Olivia: What are some media interviews you have done for the promotion of the book? Do you have any favorite quotes from those interviews and stories that have been written?

Judy: I was recently interviewed with my brother for the Wilbraham Hampden Times. It was a lot of fun to do the interview with Bobby, and I really enjoyed how the article turned out. My favorite quote from the story was, “Perhaps worst of all was hearing his internal struggle dealing with the loss of two comrades to suicide and the fight against Post Traumatic Stress Disorder, which went un-diagnosed until the mid-80s and nearly cost him his marriage and a relationship with his daughters.” The writer, Tyler Witkop, did a wonderful job sharing the most important aspect of the book, which is the harsh aftereffects of the war – he really got it! Bobby and I were also interviewed by MassLive. That article has yet to be published but we look forward to its release and getting to read it ourselves.

Olivia: What would you recommend to other authors who feel nervous about publishing their stories?

Judy: After my experience with fear and everything I’ve learned since, my biggest piece of advice would be to understand that the fear of failure is natural especially for first time authors. If an author feels passionate about their story and feel it would be something others could learn from and be interested in reading – go for it! Now that I’m on the other side and my book is out there, I am so grateful. It’s so worth it!