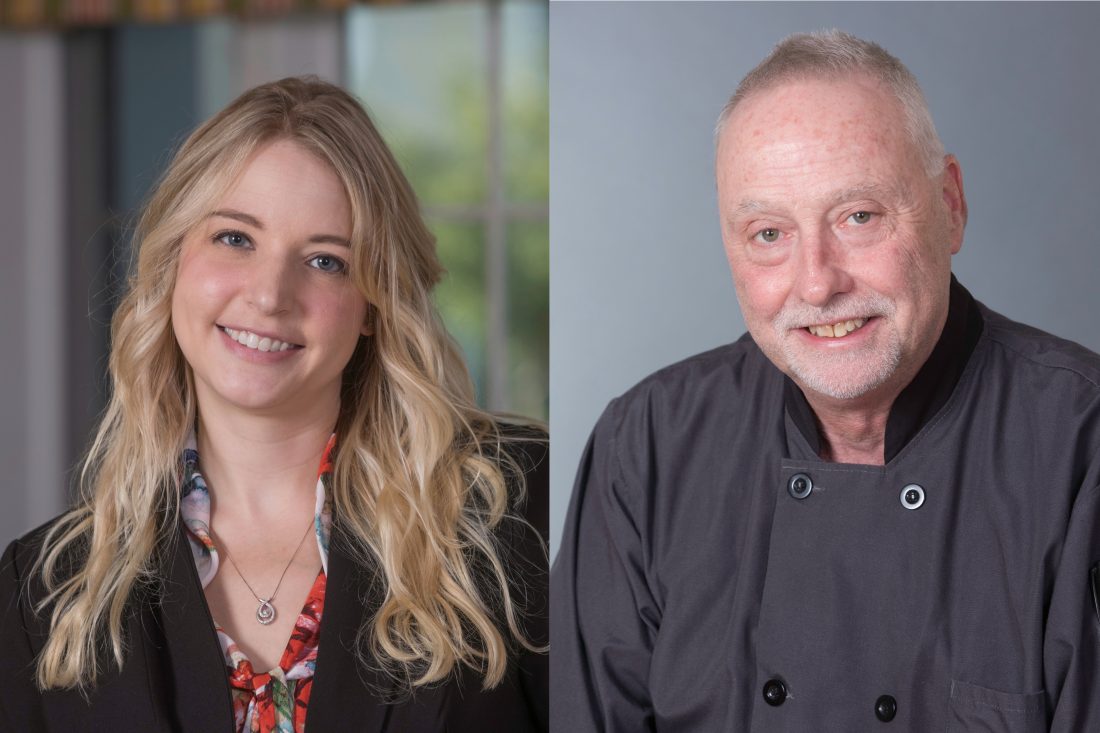 LONGMEADOW—Glenmeadow has hired two new members of its staff team.

Meaghan Carrier serves as director of Glenmeadow at Home, which provides caregiving and a range of other services to older adults in Greater Springfield who live in their own homes.

Chris Einhaus serves as executive chef and director of dining.

The two were officially welcomed to Glenmeadow during a reception on September 26. Both say they are settling in well to the life plan community and appreciate the warm welcomes they have received both from staff and residents.

Carrier launched her career at Redstone Rehab and Nursing Center in East Longmeadow after earning a bachelor’s degree in social work from Western New England University in 2012. She was a graduate student at Westfield State University at the time, working toward the master’s degree she earned there in 2013.

Since then, Carrier has served as the director of social services at the Calvin Coolidge Nursing and Rehab Center for Northampton and as short-term rehab director at Linda Manor in Leeds. While in these roles, Meaghan says she had a close look at the gaps that exist in services for older adults.

“I watched people go home from rehabilitation hundreds of times who could have used more help but may not have known it was out there,” she said. She enjoys her work with Glenmeadow at Home because, “I like the idea of filling a need that wasn’t being met.”

In her role, Carrier oversees staff who provide client services to residents at Glenmeadow as well as to clients throughout Greater Springfield. Glenmeadow at Home offers daily help with such tasks as getting dressed, taking a shower, cleaning house, or managing medications.

As executive chef and director of dining, Einhaus draws on his 35 years of food service experience at local restaurants, hotels, and hospitals. He became interested in food service while in high school on the Jersey Shore when he chose culinary arts as the vocational offering in his junior and senior years.

Einhaus earned his culinary degree from Johnson & Wales University in 1981 and has held a variety of jobs since then. He’s been employed with Marriott’s corporate dining services; as food service director in the Brattleboro, Vermont, public school system; as manager for Fitzwilly’s in Northampton; and as food service production supervisor of Baystate Medical Center.